Earlier this month, Flickr started flirting with Twitter integration by allowing users to link their Flickr accounts to their Twitter accounts. The experiment was only for email uploads, which simultaneously created a Tweet with a short http://flic.kr link back to the photo on Flickr. Now that integration is an official feature called Flickr2Twitter.

In addition to email uploads, Flickr now lets you Tweet out any photos directly from the site. After linking your accounts, whenever you click on the “Blog this” button on any photo on Flickr, your Twitter account will be one of the distribution options. This works for both photos you’ve uploaded and other photos you find on the site. I have a feeling you are going to be seeing a lot of http://flic.kr links on Twitter pretty soon.

Developers who want to add Flickr as a photo option to desktop and mobile clients can use Flickr’s existing APIs. (You can learn more here). Once that happens, Twitpic and yFrog will have some company on those clients as a pull-down option. 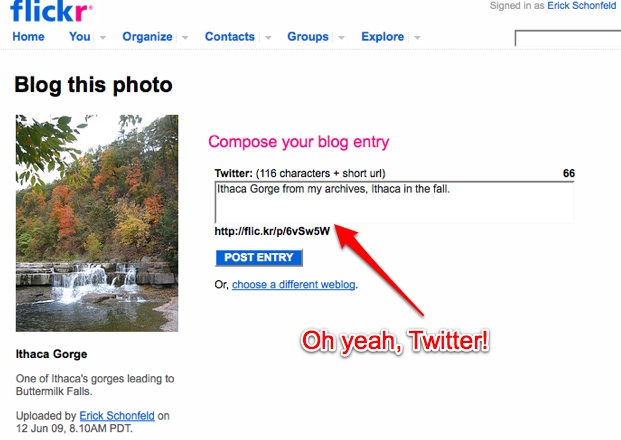 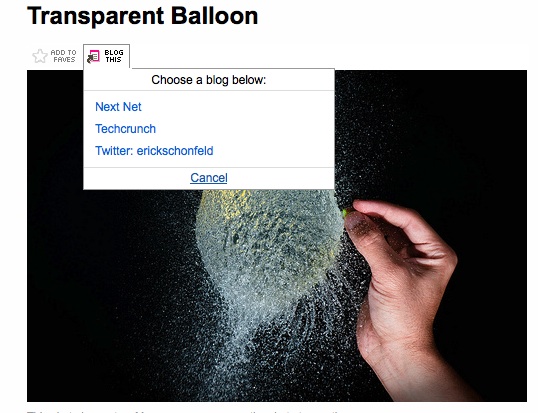