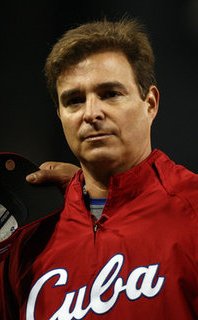 “On the Internet, nobody knows you’re a dog.” (source)

Or in this case, on the Internet Fidel Castro’s son wouldn’t know you’re actually a male Cuban living in exile posing as a woman just to play a number on you. Apparently, Miami-based Luis Dominguez has duped 40-year old Antonio Castro into believing that he was chatting with a 27-year old female sports journalist named Claudia Valencia, using the man’s alleged weakness for “young women and sports”.

Dominguez told the BBC that he has no regrets for the deception – which consisted of eight months of on-and-off chatting – saying he wanted to expose the hypocrisy of Cuba’s leadership, who enjoy “oppulent lifestyles”. No state secrets were revealed during the chats, and it’s unclear if the sessions involved cybersex of any kind.

Gotta admire the dryness of the BBC report, which ends with:

“The Cuban authorities have made no comment about the chats, but Claudia says the relationship has gone cold.”