Last.fm founders Felix Miller, Richard Jones, and Martin Stiksel are leaving the music service they founded in 2002 and sold to CBS for $280 million in 2007.

In a notice on the site’s blog, Miller writes about the company’s humble beginnings and its journey to CBS, as well as its continued growth since the acquisition:

After two years running Last.fm within CBS we feel the time is right to begin the process of handing over the reins. This is the latest stage in a long journey for us founders, which began in a living room in East London in 2002, and took us to the headquarters of one of the biggest media companies in the world.

It’s been a privilege working with the incredible team here in our London office, and we’re extremely proud of what we’ve achieved together. Last.fm’s users have more than doubled in the last 12 months (we are now at an all-time high of 37.3M monthly unique visitors), and we’re confident the site will continue to go from strength to strength 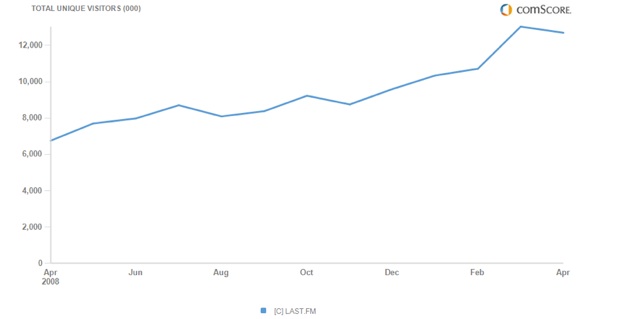 The news comes soon after our reports that Last.fm’s parent company CBS may have transferred user data to the RIAA or record labels (an accusation they deny, though the issue remains cloudy). But it’s more likely that the timing is less sinister: Last.fm was acquired almost exactly two years ago, and it is common for earn-out deals to mandate a two year stay. It’s no secret that the employees at Last.fm and CBS haven’t always gotten along, and the founders may well be tired of living under their corporate overlords.