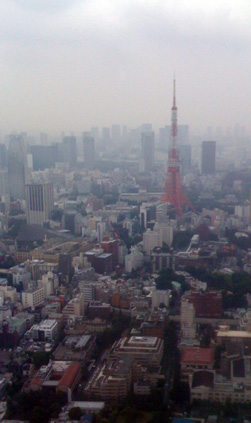 Over the last two and a half days – the short window of time within which the GeeksOnAPlane group has been staying in Tokyo – I’ve attended two industry events (Tokyo 2.0 and Startonomics Japan) and talked with those who live or do business here about how web technology in Japan differs from that in the US. And while this is enough time to gain only a superficial amount of insight into the Japanese tech scene, I’ve gotten the impression that things aren’t fundamentally that different from the way things are back home; there are just idiosyncrasies (albeit important ones) within the Japanese tech landscape.

Take mobile, for example. Before coming here, I had the impression that Japan was light years ahead of the US when it came to mobile technology. I’ve found that this reputation, while supported by indisputable advantages, belies a more complicated reality. Mobile devices certainly play a far greater role in everyday life here, with something like 90% of the Japanese owning 3G-capable handsets and 85% of all phone subscribers accessing online services while on the go regularly. The Japanese also use their phones for purposes simply not available to Americans such as watching live TV, scanning QR codes, and paying for goods with the proximity readers that are located in stores and subway stations.

However, we’ve also seen demos of several Japanese mobile applications, and the technological sophistication and design of these apps are surprisingly primitive. The general quality appears more in line with the WAP apps from yesteryear than the powerful iPhone and Android apps that have come upon the scene over the past year or so. And from what I’ve been told, they operate in a very closed environment akin to Compuserve that gets reinforced by strong carrier lock-ins and family plans.

Speaking of the iPhone, the reaction to it appears to be mixed here. While the iPhone is (generally speaking) more advanced than any other handset on the Japanese market, it poses a number of problems for Japanese consumers. Namely, it doesn’t play nicely with the closed suite of online services that Japanese have become accustomed to using on their phones. It doesn’t do TV streaming without a $100 hardware add-on. The touch keyboard isn’t great for entering Japanese characters. It has a hard time enticing people away from the strong contract lockins they have with other mobile providers. It doesn’t contain a proximity chip for mobile payments. And the iPhone service contract is expensive, despite the fact that carriers have begun giving the device itself out for free in exchange for contracts.

Social networking is another area in which familiar trends can be spotted alongside peculiarities. Whereas we in the US track the ongoing struggle between Facebook, Twitter and MySpace, the Japanese witness a mindshare grab between the social networks Mixi, Gree (which had an IPO last year) and DeNA (which operates mobile social network Mobage-town). These networks are very Japan-specific, despite attempts among them to branch out to surrounding geographical areas such as China. Mixi, for example, requires a Japanese phone number and an invitation to join. While Japan doesn’t appear to breed the same sort of clones that we see come out of China, Japanese firms don’t hesitate to borrow ideas from Western companies. Mixi has forged an open strategy modeled after Facebook with platforms that are designed, and even named, quite similarly (e.g. “Mixi Connect”).

Two differences between Japanese and American social networking are particularly conspicuous. The Japanese are much less inclined to put their real identities online, preferring instead to use usernames and avatars that obfuscate their individuality. This is perhaps one reason why Facebook hasn’t taken greater hold here, although I’ve heard from several people that its translations have been rather poor (Twitter, on the other hand, has experienced a modest level of success already). Not surprisingly, Japanese social networkers also tend to spend a lot more time on their mobile devices compared to their American counterparts, with mobile pageviews greatly exceeding desktop pageviews on the predominate social networks.

Entrepreneurialism in Japan is inauspicious despite how good the infrastructure is here. In addition to enjoying an extraordinarily high level of mobile connectivity, many Japanese have access to very cheap and fast broadband in their homes. But for a country that also has a large enough population (~127 million) to form a self-contained market for internet services, Japan isn’t home to a large entrepreneurial community. Much of this results from the culture, which discourages people to undertake risky ventures. The government could also be friendlier to small businesses, as it tends to defend incumbent corporations against the encroachments of young upstarts (although luckily web ventures don’t butt heads with them as much as others). The country’s business laws were also not designed to foster new companies until changes were made recently in 2006. As a consequence, the entrepreneurial community is small enough for people to notice when even individual members leave.

Tonight we’re off to Beijing in China to see how things operate in the world’s most populous country. Follow our travels – and the media we produce – on Flickr, YouTube, Slideshare, Twitter and our blog.