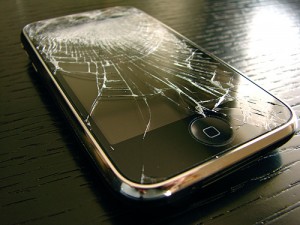 For the past several weeks, I’ve been noticing something about my iPhone: Severe slowness. I put it sleep and wake it back up, clear its memory (with an app), restart it and even sometimes manually reboot it — some of these methods alleviate the symptoms, sometimes. Other times, I have to just deal with it being too unbearably slow to do much of anything, including the basic phone functionality like placing a call or sending a text message. And sometimes the iPhone gets really hot, even when it’s in its sleep state, and I’ll turn it back on to see the battery mostly drained.

And while I’m not above simply complaining about my own problems with tech, I’ve talked to a lot of other people recently who are having the exact same issues. I’m not sure why this is happening. Some people think it’s because the device has been around for about a year now, and a lot of us have loaded a ton of apps on the thing. I should probably do a factory reset of the device, wiping it on iTunes. But as anyone who has done that before will know, that’s a big pain in the ass.

So my solution is an expensive one: Wait for the new iPhone . We all know it’s coming, it’s just a matter of when. There still seems to be some debate if Apple will actually announce it at the WWDC keynote on Monday (which we’ll be at), or if it will use that event to focus on OS X Snow Leopard and the new iPhone OS 3.0. But seeing as Apple already had an event for the new iPhone OS, I think we will see the new hardware unveiled at the event, just like we did last year. Though I suspect it won’t be available in stores until later on, probably July, once again.

The new hardware, which is believed to be significantly faster, will solve my issue — for now. But there’s a larger question behind it: Should you really have to update your phone once a year?

The answer is of course, no — but just as with the iPod line of products, Apple sets their yearly update cycles knowing full well that a lot of current model owners are going to opt to upgrade. But what if I didn’t want to? Would I be stuck with this phone that is driving me crazy? Has Apple developed a device which is only optimized to be used for about a year? It may sound crazy, but even if you chalk mine and everyone else’s performance issues up to some weird too-many-app bug, you still have the battery issue to consider.

The iPhone doesn’t have a battery that a user can easily replace. While some people complain about this for long trips, the real issue is that battery performance wears down over time after a certain number of recharge cycles. And after about a year with this iPhone 3G, the battery life is noticeably worse than it was when I got it. So if I did want to keep this device, I would have to send it in to have the battery replaced for me. Guess how much that costs? Just about $100. 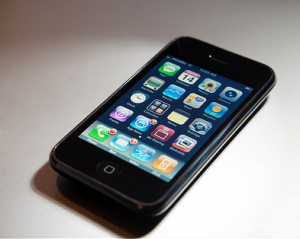 Hopefully, that helps you see a big issue: Aside from the performance issues, do I pay Apple $100, and lose my phone for a few days while they replace the battery, or do I pay a little bit more to get an entirely new phone?

AT&T makes this a pretty easy call by allowing us to pay the subsidized contract price ($199 or $299 versus $499 or $599), even though we technically haven’t completed our last 2-year contracts. And it’s of course a smart move, because it’s another two years of lock-in that they have over us.

At some point, you’re going to want to get out of that contract. But Apple’s yearly iPhone refresh combined with the 2-year contract means that for many of us, we’re unlikely to ever see our contract time dip under a year to go. It’s a vicious cycle.

I bought the original iPhone two years ago, and right before the iPhone 3G came along, I wondered what would happen to all those first generation models — would they all go to heaven? The answer is no. Instead, they either went to family members, to eBay, or in my case, to the side of my bed as an ultra expensive alarm clock.

My contract for that first iPhone would just be expiring on it right now — something which Palm knows, and why it wanted to launch the Pre now. The Pre sounds great. I know some people who have used one and say that it is a really nice phone. But most of them also say that it won’t replace the iPhone for them, so it’s not really even something I’m considering at this point. The amount of money and time I’ve invested in my app collection is reason alone for me not to switch. Oh yes, but I couldn’t anyway since I have a year left on my AT&T contract.

Instead, I will buy this third generation iPhone and be stuck with two ultra expensive alarm clocks. Actually, I not even sure my iPhone 3G will work in that capacity at that point. I still believe it’s one of the best tech purchases I’ve ever made, but it’d be nicer if it had a lifespan of more than a year.