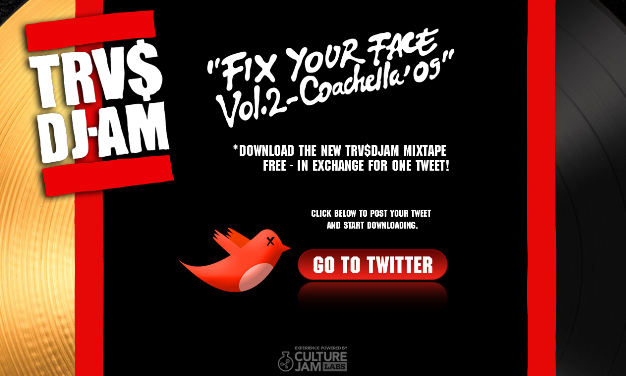 Here’s a cool way for music artists to reward their biggest fans and get some Viral Marketing® in return: drummer Travis Barker and turntablist DJ-AM (aka Adam Goldstein) are offering their just-released second mixtape, “Fix Your Face Vol. 2 – Coachella ’09”, up for free download in exchange for a mere Twitter message.

The duo, conventiently made up of two heavy Twitter users (@trvsbrkr and @DJ_AM), aims to score some extra buzz on the social networking service and is giving away the co-produced mixtape (under the name TRV$DJAM) to anyone who sends out a tweet that reads “Download the new #trvsdjam mixtape “Fix Your Face Vol. 2 – Coachella 09″ in exchange for one tweet!”. Note that you need to go to this website and grant access to an application using OAuth before you send that message.

Oh, by the way, that mixtape rocks. 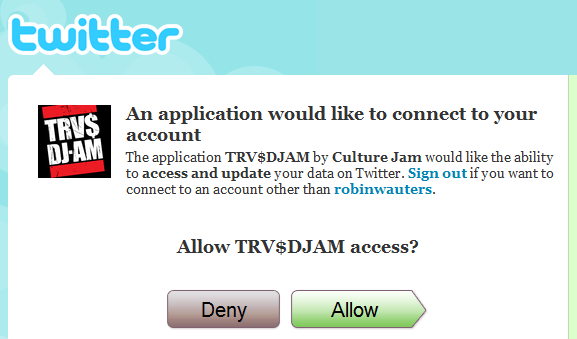