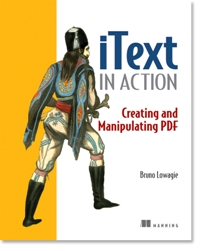 Open source developer Bruno Lowagie is about to set a remarkable precedent in the F/OSS world by restricting any government body in his (and my) home country, Belgium, to use any product that makes use of technology originally developed by him. More specifically, this concerns iText, a free and open source library for creating and manipulating PDF, RTF, and HTML files in Java (also ported to the .NET Framework under the name iTextSharp). iText is embedded in many products and services, including Eclipse BIRT, Jasper Reports, Red Hat JBoss Seam, Windward Reports, etc. and used by major companies like IBM, Adobe and Google.

iText is distributed under the Mozilla Public License with the LGPL as an alternative license, but it is also available through a commercial license, distributed by iText Software. Pretty soon, these licenses will be updated, and Lowagie is now pondering about adding an additional restriction of usage for the product referred to as ‘The Belgian Restriction’ (Dutch): no official government-related institution in Belgium will be allowed to use iText in any of its applications and systems for any version after iText 2.2.0.

The restriction would include any third-party application that makes use of iText too, which means there are a lot of government bodies who would be forced to rewrite or downright replace essential systems to keep on functioning properly (from a technical standpoint, that is). On the other hand, it could also lead to iText being barred from future Linux distributions because of the built-in restriction.

The reason for all this ruckus? Apparently, Lowagie has been forced to cough up nearly 10,000 € over the past few years simply because he’s running been Google AdSense ads on his personal website, which the government erroneously classified as income from corporate activities. He’s been fighting over this for quite a while, but the situation hasn’t been resolved yet so this is another way for him to draw attention to the whole thing. Lowagie points out that iText will still be available under MPL and claims he would be willing to lift the restriction if the dispute were resolved in due time. He added that he’s not only doing this for personal attention but also to poke third-party developers who (ab)use the iText license in dubious ways.

Some commentators are pointing out that this restriction threat sends out the wrong message about the concept of open source, and that this could actually lead to less trust in F/OSS technology from both governments and corporations. I can’t say I disagree with that, but it proves how desperately Lowagie is trying to reverse the decision made by the local IRS, and I happen to have a thing for people who stand up for something.