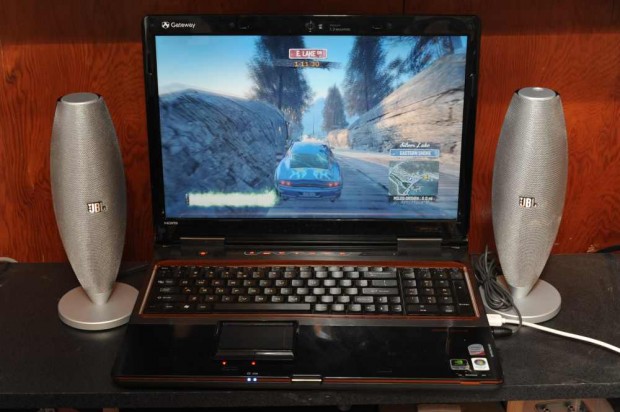 Short version: An alright set of $99 computer speakers that, while lacking a dedicated subwoofer, do produce good lows as well as good highs.

Long version: The JBL Duet II speakers are good speakers. Really, they are. I hooked ’em up and turned on Burnout Paradise for some “testing” and they were impressive considering there isn’t a subwoofer in the set. The exhaust note of the Carson GT Flame was full and crisp, while the game’s soundtrack pumped out of the two speakers just fine.

Recommendation: The JBL Duet II are great speakers and highly recommended if there isn’t room for a satellite/subwoofer setup.