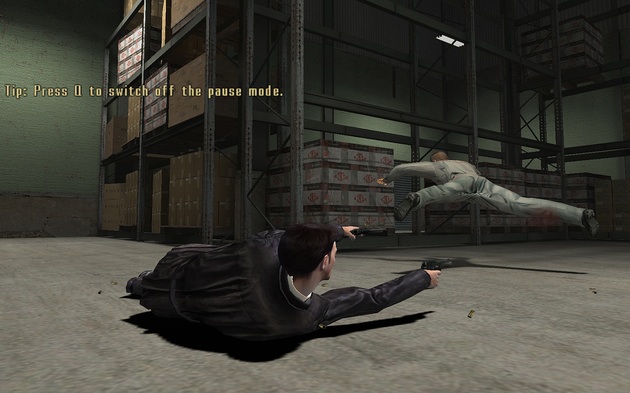 Heads up, 360 gamers. You can now find Rockstar’s Max Payne and Max Payne 2: The Fall of Max Payne on Xbox Live. Each game costs 1,200 Microsoft points, or $15 in non-spacebucks.

There seems to be a bit of a discussion at Major Nelson’s Tree House, or whatever he calls his Internet Web site, about whether it’s wiser to buy the Xbox 360 -ified Max Payne games at $15 a pop, or buy the actual, boxed copies from eBay for less. That way, you have the game, manual, and the sense of physical ownership that some people cling to.

Of course, not everyone still has a working Xbox1 (I do, but I’m silly), and playing the game on Xbox1 won’t net you any Achievements. Decisions!

I enjoyed Max Payne when it first came out. I never played Max Payne 2, so maybe I’ll give it a go this time around? We’ll see. I’m busy doing stupid quests in Fallout 3, and Banjo-Tooie comes out on Wednesday. I also just bought Fallout and Fallout 2 from Good Old Games. So clearly I’m very busy, and making the most of my college degree.