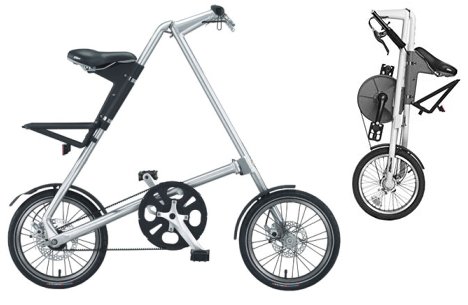 I’m not a big fan of the folding bikes because they can never fold small enough or go fast enough for my taste. But I totally see where they could be useful, and some of the engineering is pretty cool. Unfortunately, this cool one has a bit of a design flaw in that stopping it is like getting kicked in the berries.

It’s got a lot going for it, including a kevlar belt instead of a chain, an easy folding design, and it doesn’t look too ridiculous. But did they not realize when they were making it that you’re going to slide off the seat and right into a pole whenever you try to stop? That was the central issue in BBG’s review of the thing, and I think it’s pretty much convinced me that I should wait until the next generation.

The ad is pretty great, though. Wa!!