I can think of no better way to leverage the gaming power of the XBox 360 than by playing the seminal Brøderbund platformer Lode Runner! Running back and forth, climbing, digging, collecting gold, and avoiding robots: Lode Runner has everything a game needs. And now it’s available on XBox LIVE, with lush new graphics, multiplayer support, and the all-important level editor for hours of fun!

Major Nelson tells us that Lode Runner for the XBox 360 will set you back 1200 Microsoft points, but the commenters claim it’s only 800. Either way, this is a gem that every self-respecting gamer will want to have in their library. 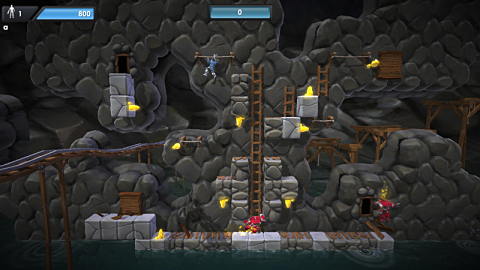