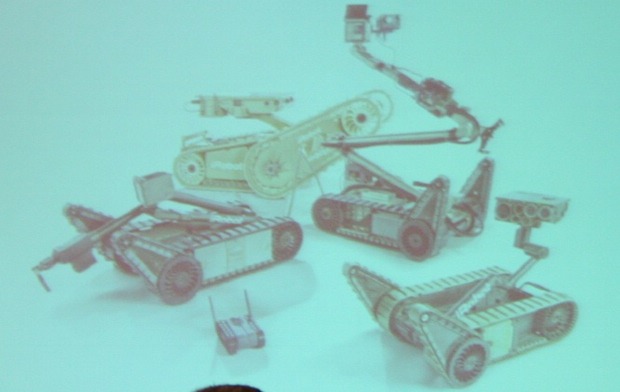 Doug Aamoth here in Boston at the 2009 RoboBusiness Expo with some fodder for the “Robots Will Eventually Rise Up and Kill Us All” debate. No matter which side of the argument you support, if you’re someday killed by an autonomous robot it won’t have been made by iRobot.

Towards the end of his How Robots Make War More Survivable presentation this morning Vice Admiral Joseph W. Dyer (U.S. Navy, Ret.), President of the Government & Industrial Robots division of iRobot, touched on the subject of robot ethics. He posed the following question:

Will we ever see autonomous killing machines?

All military robots are currently operated by a human, and while autonomous robots are in development, that autonomy will progress in stages – they’ll require less and less control by humans until they’re fully automated. Picture a kind of robotic cruise control, if you will. Also, today, if a military robot loses communications, a soldier has to go and retrieve it. Soon, if a robot loses communications, it’ll maneuver itself back to the last point it had a com signal.

There will be armed robots but iRobot believes that “life-and-death decisions should not be made independent of a human.” The Laws of Armed Conflict (LOAC) places responsibility on humans, who are currently always in the loop when controlling military robots. In the future, iRobot believes that the introduction of more autonomous robots will call for a new code of ethics. For now, though, iRobot has no plans to create a military robot capable of killing without first being authorized by a rational human being.

Dyer also commented that the battlefield of the future will look different in that we’ll see far fewer human soldiers. He gave the example of an unmanned underwater vehicle hitting the shore and deploying a bunch of unmanned ground vehicles (UGVs) and unmanned aerial vehicles (UAVs) that can be controlled safely from afar. 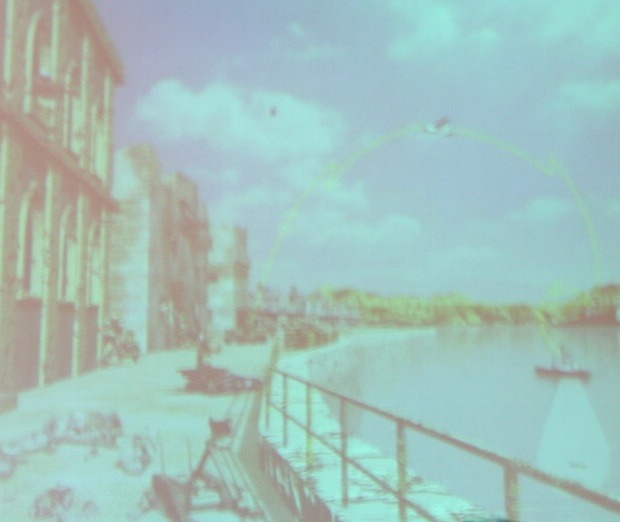 This is important because currently over half of all soldier casualties occur at the point of first contact with the enemy. Military robots are able to greatly increase soldiers’ “situational awareness” by, for instance, surveying buildings before soldiers enter. UAVs also give a birds-eye-view of a battlefield, which is helpful from a logistics standpoint. Dyer referred to the most basic battlefield questions: “Where is the enemy, what is he doing, and where the hell am I?” Military robots are, for the most part, helpful in answering those questions safely.

Here’s a video featuring soldiers using military robots in battle. The quality’s not great, but it’s a video of a video taken from the back of a dark room. If I had my own robot, I could have maneuvered it up closer to the screen without causing too much commotion.

Adoption of UGVs is on the rise, with most functions currently entailing things like clearing buildings in Iraq and searching caves in Afghanistan. Dyer mused that Secretary of Defense Robert Gates is a closet gamer, as he was shown actually smiling (see below) while testing a UGV. Apparently he “didn’t stand in the sense-of-humor line all that long,” according to Dyer. 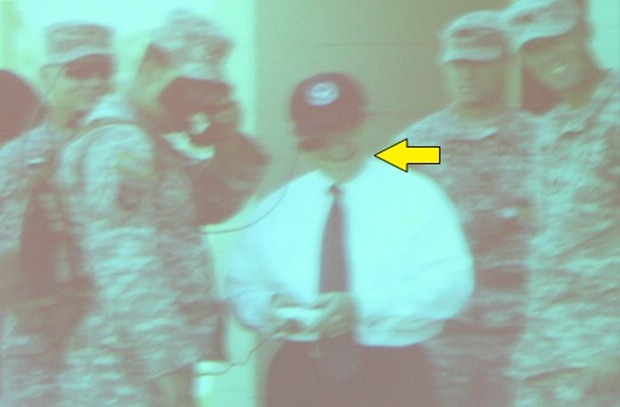 As far as what’s driving the development of smart weapons and virtual presence technology, it’s predominantly logistics. The whole idea is to increase attack speed and survivability while reducing exposure. There’s been a shift from broad attacks to precision, surgical attacks thanks to the help of UAVs, UGVs, and recently, UUVs (unmanned underwater vehicles.

From a development standpoint, the UAV market took 20 years to sell half a million units, the UGV took 10 years, and the newer UUV market is expected to take about ten years as well. The U.S. is the current leader in military robotics and, when asked which country would be able to potentially challenge that crown, Dyer responded that Japan and China can produce robotic technology quickly and on a large scale, but “Korea is most worrisome” as government and private industry is placing a lot of emphasis on military robotics. It might soon become one of the biggest industries there.