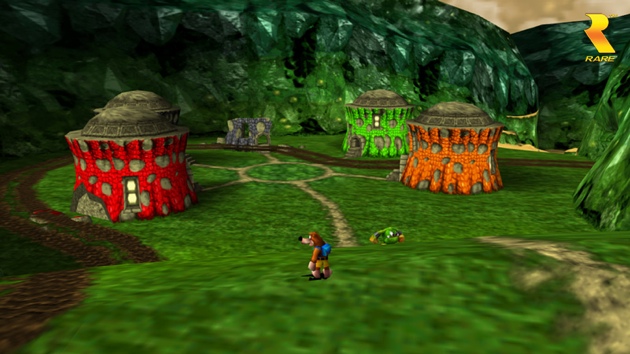 Good news, gamers with taste. Rare announced today that the Xbox Live Arcade version of Banjo-Tooie, the 2000 sequel to 1998’s Banjo-Kazooie on the N64, will be released on Wednesday, April 29. That’s exactly two weeks from today.

And what of Stop N’ Swop, that mystical mode that has been haunting gamers for nearly a decade now? Rare says to stay tuned, and that all will be revealed shortly.

Having more or less skipped Banjo-Tooie when it first came out (I played the first world, then went back to my then shiny, new PS2), I will buy this the morning it comes out, and I will play it till there’s an imprint of Nicholas A. Deleon on the couch.