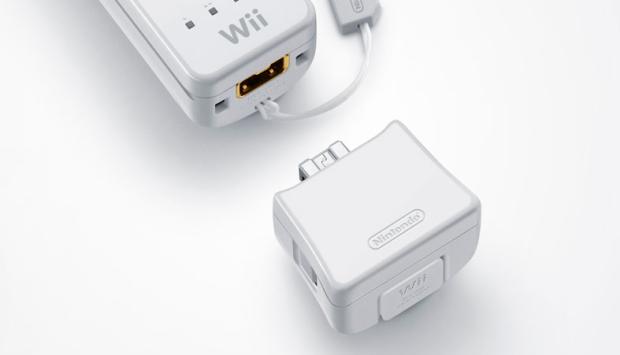 We kind of knew that MotionPlus was slated for a June release, but we didn’t have official word from Nintendo until now. 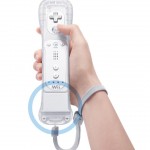 The Wiimote add-on should be available on June 8th by itself for $19.99. However, you may want to hold off until July 26 when Wii Sports Resorts drops for $50 and includes the add-on. There should be third-party games available before the bundle pack is available if you can’t wait.

Suddenly the Wii is getting a tad pricey, don’t ya think? Nintendo is hella good at nickel and dime’n. The Wiimote is $40, Nunchaku is $20, and now add in the Wii MotionPlus for $20. All together, a fully equipped Wii controller setup now costs $80 before batteries. Ouch.

REDMOND, Wash.–(BUSINESS WIRE)–Nintendo is setting the stage for a blockbuster summer with the announcement of two hotly anticipated product releases. The new Wii MotionPlus™ accessory will hit U.S. retailers on June 8, taking the motion-sensing controls of the popular Wii™ system to new levels of precision and performance. What’s more, these control enhancements will be on vibrant display when the Wii Sports Resort™ game launches on July 26, offering a beach-themed follow-up to the groundbreaking Wii Sports™ game. Wii Sports comes packed with the Wii console. It grew into a worldwide phenomenon and continues to attract millions of new players to the world of video games. Each Wii Sports Resort game comes packed with a single Wii MotionPlus accessory.

When used with specially designed games, Wii MotionPlus tracks players’ movements in finer detail and with greater accuracy than ever before, building upon the innovative wireless function of the motion-sensing Wii Remote™ controller. Even the slightest twist of the wrist or turn of the body is replicated exactly on the TV screen, allowing users to become even more immersed in Wii game play. Designed for easy attachment to the Wii Remote controller, the Wii MotionPlus accessory will be offered at an MSRP of $19.99.

Wii Sports Resort takes the inclusive, fun and intuitive controls of the original Wii Sports to the next level, introducing a whole new set of entertaining and physically immersive activities. With the deep control enhancements of Wii MotionPlus, veteran Wii users and newcomers alike can enjoy unprecedented gaming precision as they cruise on a water scooter, duel with swords, throw a Frisbee® and much more. Wii Sports Resort and Wii MotionPlus will be offered together at an MSRP of $49.99.

About Nintendo: The worldwide pioneer in the creation of interactive entertainment, Nintendo Co., Ltd., of Kyoto, Japan, manufactures and markets hardware and software for its Wii™ and Nintendo DS™ systems. Since 1983, when it launched the Nintendo Entertainment System™, Nintendo has sold more than 2.8 billion video games and more than 485 million hardware units globally, including the current-generation Wii and Nintendo DS, as well as the Game Boy™, Game Boy Advance, Super NES™, Nintendo 64™ and Nintendo GameCube™. It has also created industry icons that have become well-known, household names such as Mario™, Donkey Kong™, Metroid™, Zelda™ and Pokémon™. A wholly owned subsidiary, Nintendo of America Inc., based in Redmond, Wash., serves as headquarters for Nintendo’s operations in the Western Hemisphere. For more information about Nintendo, visit the company’s Web site at www.nintendo.com.