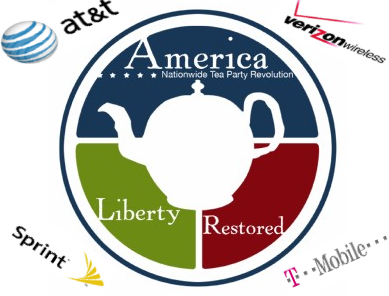 Tea party! Yes, in the spirit of all those completely artificial tea parties that have been annoying Tweeple from Maine to Hawaii, the New York Post wants to let its readership know that New Yorkers have the fourth highest cellphone taxes in the country. Fourth! That’s almost high enough to give a damn.

Adding it all up, the average New Yorker (that’s New York City resident, mind you) pays some 33 percent of their total cellphone bill toward federal, state and city taxes. That’s one-third of your bill, being sent to various treasuries around the country, for who knows what ends. (Schools, police, roads—who needs those, right?)

There’s three MTA (that’s the organization that operates the subway) taxes that alone count for 0.98 percent of your bill.

I wish all you anti-tax folks nothing but the best. You do sometimes come across a little crazy, so watch your rhetoric. After all, you don’t want people telling you, “America: love it or leave it,” which accomplishes nothing.