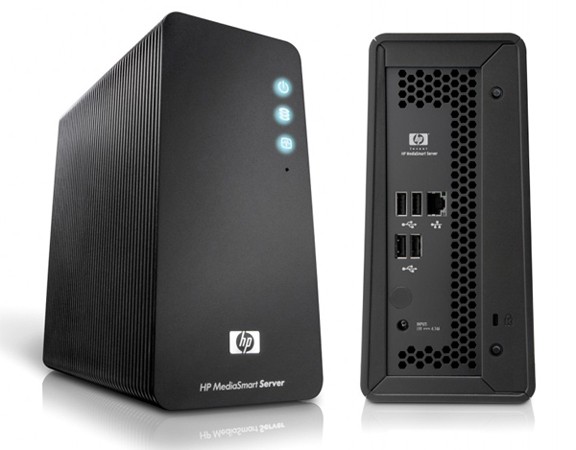 It seems that HP has an upcoming MediaSmart Server that’s a tad different than the current models. Specific details aren’t available just yet besides what is shown by the pic. But, we’re mighty good at speculating based on a couple of images.

The LX195 appears to be a single drive unit, unlike the current crop of MediaSmart Servers that feature slide-out HDD trays. That’s fine though as long as the price is right for this boy. The front  sports three LEDs that probably act similar to the ones on the existing models. The back panel has four USB ports, a ethernet jack, and a power input. An eSATA port is no where to be found and no word on the ethernet’s speed.

We would love to get more info about this model. If we had to guess, we would say that HP is aiming for a lower pricepoint with this server. Maybe around the $199 price range? More as we get it.