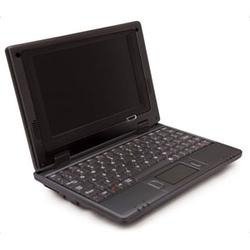 Here’s a super cheap netbook for the most basic of tasks. The RazorBook 400 from 3K Computers runs Windows CE 5.0 from a 4GB solid-state disk and includes a 7-inch 800×480 LCD, 128MB of RAM, a 400MHz low power consumption 32-bit CPU from Ingenic, and a built-in Wi-Fi connection.

You can take a look at John’s hands-on with a preproduction Linux version to get a sense of the size. The RazorBook 400 was initially priced at $299 but it’s now selling for $147.99 at Buy.com if you’re looking for a coffee table netbook.

It’s certainly not going to win any speed awards but it’ll apparently run Flash 9 on the included Internet Explorer browser and there’s a 15-second boot time, all in a kit that weighs under two pounds.