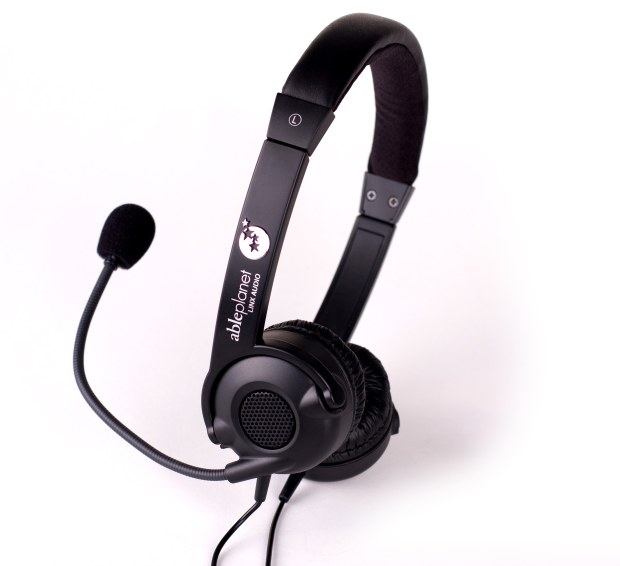 Able Planet’s headphones aren’t advertised as travelling hi-fi like the 15G, or as gaming headphones like the Carcharias. They’re supposed to be a sort of “safe alternative,” providing counterbalances for the things research has found cause hearing loss — while also being a solid headset for gaming and multimedia. Do the PS5500MMs live up to the claims?

Their Linx Audio technology supposedly allows for greater clarity and lower volume levels by rounding out clipping and emphasizing sound with harmonics. While it sounds promising, I’m afraid that just isn’t the way it sounded to me. Comparing the PS5500MMs to three other headsets and my speakers, I found that they tended to “warm” music up beyond what is tolerable. The low and high ends are lost in an all-encompassing mid-range. I don’t think it made the music or games sound better, but I will concede that it probably made them less fatiguing to the ear, what with the harsh high end so subdued (for comparison, the AX Pros I used pushed the high end and that grated on the ear after a while).

They are described as having “oversized” ear cups, but I wouldn’t say that’s true. In fact, the ear cups are the smallest I’ve ever seen. Much smaller than even the Piranha’s on-ear cups, though certainly the PS5500MMs don’t press so much. But they are the type of headphones which you must keep “in position,” or the sound will be skewed or the stereo off, unlike over-ear headphones. They’re fairly comfortable, but I get the feeling that once you’ve warmed up the padding and leather they’d get better.

One thing I did like was the microphone. The bendy stalk is long and the windguard is appreciated. They say that there is built-in noise cancellation for the mic, and while I can’t say one way or the other, it certainly sounded good to me.

The build quality is okay, but they’re certainly not stylish. The cord splits into two below the chin, which is something I don’t really like to have outside of earbuds.

At $100, I really can’t recommend these headphones. If they were cheaper, I might recommend them for people who have to listen to non-high-fidelity audio all the time (telemarketers?). But as it is, the only people who might want these are those of you who are concerned for your hearing. I think that Able Planet’s claims on that front are legitimate, although I think it affects the sound too much for my taste.