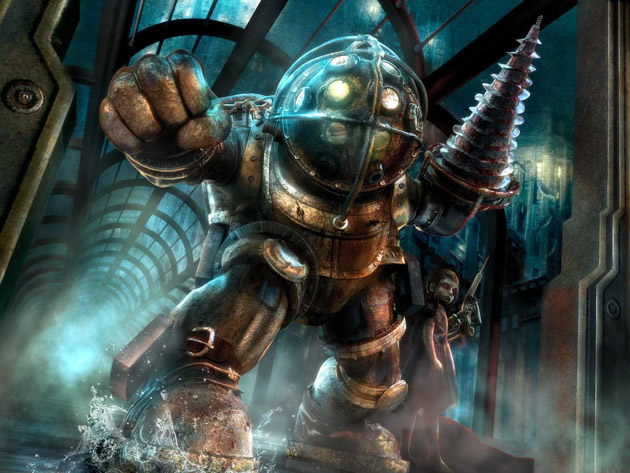 The director of those not-too-bad Pirates of the Caribbean movies has told Disney, the films’ bankroller, that he’s done; he won’t be directing the fourth movie in the series, which is scheduled for release next year. What’s his next project then? A movie based on BioShock. Let’s cross our fingers that it won’t be garbage!

Yes, Gore Verbinksi will be directing the upcoming BioShock movie. Considering Pirates wasn’t too bad, at least the ones I saw (the first two, never did get around to seeing At World’s End), maybe there’s hope yet for a decent video game movie. (Devin and I thought the Silent Hill movie was *this close* to being pretty good.)

The script is being written by one John Logan, who also wrote the screenplays for The Aviator and Gladiator, two okay movies in my book.

So by the looks of it, BioShock has a good head on its shoulders, as it were. Let’s hope to God that robot Nicolas Cage isn’t involved.

Embarrassing admission: I never played more than the demo of BioShock. Don’t hate me.