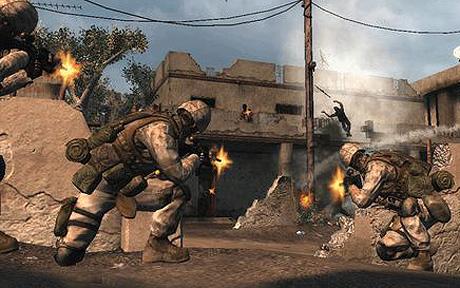 Is it too soon to release a video game based on the Iraq War? Not if you’re Konami, which will publish the Atomic Games-devloped Six Days in Fallujah, a survival horror game set during the Second Battle of Fallujah. Needless to say, some folks aren’t happy about this.

A British Army colonel is calling for the game, which is scheduled for release next year for the Xbox 360, PS3 and PC, to be banned in the UK—if not the world. Says the colonel:

Considering the enormous loss of life in the Iraq War, glorifying it in a video game demonstrates very poor judgement and bad taste. It is particularly crass when you consider what actually happened in Fallujah…

To be fair to Konami, it did enlist the help of several veterans of the battle for their input. So it’s inaccurate to characterize this as every member of the Multi-National Force being upset.

What strikes me most, as a gamer, is that the game will be a survival horror game, but one without the typical survival horror elements like zombies or monsters. In a sense, it’s more along the lines of Silent Hill, what with its horror being equally steeped in psychology as dogs-crashing-through-windows fright. Apparently, the survival horror comes from the “unpredictable, terrifying, and very real tactics employed by the insurgents that were scattered throughout Fallujah.”

Pretty odd premise, but I’ll wait till I see the game before I condemn Konami for being insensitive jerks. That’s only fair.