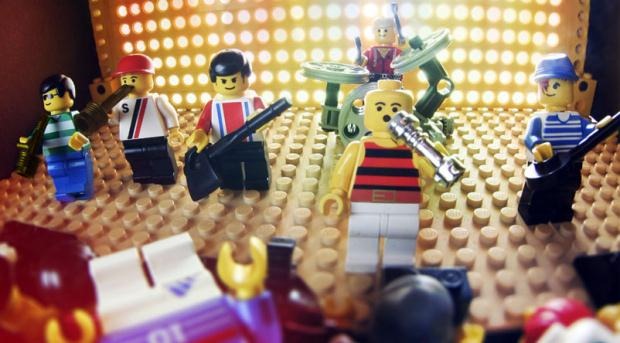 I have no idea why the world needs a LEGO version of Rock Band and what we could all expect in terms of a track list for the game, but apparently LEGO Rock Band is coming this year.

According to Kotaku, one of Harmonix’ senior designers was supposed to announce the game at GDC this year, but it never happened for some reason or another. A presentation slide from the aforementioned designer, Dan Teasdale, shows that LEGO Rock Band will apparently come out in between Rock Band Unplugged for the PSP and the Beatles version of Rock Band.

Again, I can’t wrap my head around the track list. Perhaps it’ll be a children’s game with music repurposed for youngsters a la those Kidz Bop CDs. Or, better yet, it’ll be a bunch of songs by System of a Down, Pantera, and Ozzy Osbourne being performed by LEGO characters.