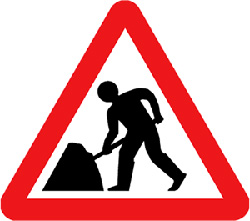 Looks like AT&T is working hard to upgrade its network in anticipation of the new iPhone. (Apparently it’s conventional wisdom that Apple will release a new iPhone this summer.) The primary benefit to you, the paying customer, is faster network speed—provided, of course, that you upgrade to the new iPhone. That’s how they get you.

AT&T’s network currently taps out at 3.6Mbit/s, while the upgrade would raise that to anywhere from 14.4 to 20Mbit/s. That AT&T just ordered a bunch of high-capacity routers seems to confirm that AT&T is going for broke, as it were.

And it’s not that AT&T is merely upgrading its network to take advantage of faster speeds, no sir. Apparently AT&T anticipates a boatload (that’s the technical term, boatload) of new subs for when the new iPhone rolls around. People who were nonplussed by the iPhone or iPhone 3G, but may now consider getting one. (I’m in that camp, though I lean more toward the Palm Pre.)

You may also care to know that AT&T continues with its transition from 1900MHz to 850MHz. The latter, what with its longer wavelength, can better penetrate through obstacles, like walls, and while requiring less towers. Good deal all around, then.

In other news, lol @ Bayern Munich. Thank you.