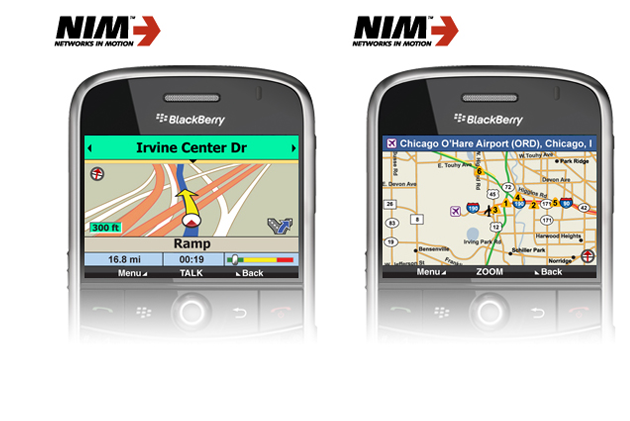 In news that seems to indicate that Blackberry’s App World is indeed launching tomorrow, we’ve learned that Networks In Motion (NIM) will be releasing a GPS application for the BlackBerry on Wednesday, which would make it the first (or at least, tied for first) GPS app available on the new storefront.

NIM has built a number of applications and services for its partners, including Verizon Navigator, but this is the first time it has sold an application carrying its label to end-users. The new GPS application takes advantage of technology built by TrafficGuage, which NIM acquired earlier this month. TrafficGuage’s technology will be used to offer users real-time traffic updates on the application. Other features in the app include the ability to locate nearby points of interest (like gas stations) and multiple viewing angles. NIM has not yet released exact pricing, but the application will be available on a subscription basis.

Depending on the application’s pricing and how well it works, NIM’s app could do very well on the BlackBerry application storefront. And while BlackBerry will have GPS for its app store’s launch, it’s worth noting that Apple’s App Store appears to have actually banned turn-by-turn GPS applications (even if developers can get them working) until the iPhone’s 3.0 software is released this summer.