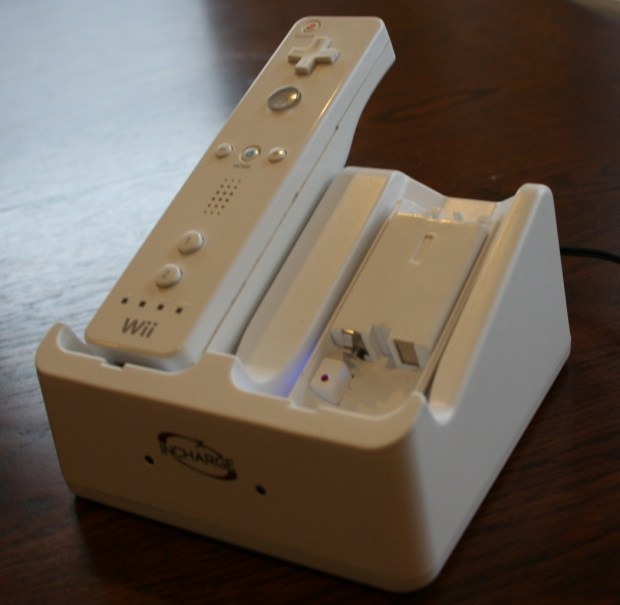 The InCharge system is a handsome charging dock for your Nintendo Wii remotes. It uses “contactless induction charging” which is a fancy way of saying “holy crap, these things are being charged wirelessly.” It’s really a sight to behold at first. I tossed a Wii remote in the first charging slot and a spare InCharge battery in the second slot and they both charged up without having to click into place since there are no metal contacts. 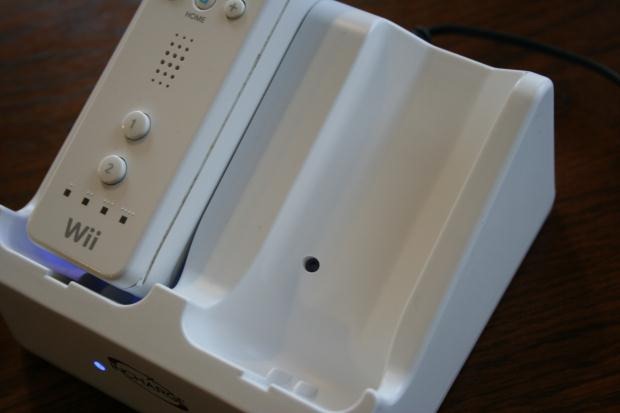 The battery packs are about half as heavy as standard AA batteries, so you’ll have to adjust to a much lighter-feeling Wii remote. I found that I much prefer using a lighter remote – even without the wrist strap, I don’t feel like I might impale the remote into my TV anymore. 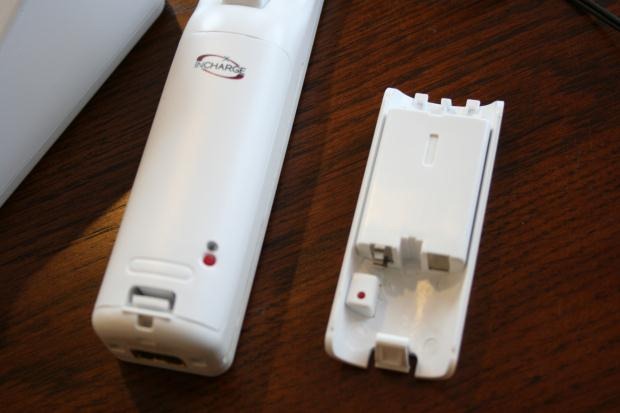 The greatest change I’ve noticed has been how long the batteries last now. In the past, it’s felt like I’d been going through AAs like crazy, whereas now I’m into my second week with these InCharge batteries and I’ve only lost a single bar when I check my controller’s battery status in the Wii menu. Paying $35 for a battery charging station may seem steep at first but if you play Wii a lot and you use regular batteries, calculate how quickly it’d take you to sink $35 into AAs and you’ll have an idea of soon you’d recoup the cost of the InCharge.

Since the system uses induction charging – more of a trickle than a flood – charging times are a bit slower than standard contact charging systems. The tradeoff is that you can charge your Wii remote inside its sleeve and with the wrist strap on. Plus, it looks cool and your friends will ooh and ahh with wonderment.

One thing I found odd was that, while charging, the system illuminates a very bright, solid blue light. When the battery pack is fully charged, this turns into a very bright, blinking blue light. I had the InCharge set up on the opposite end of my apartment and one night I woke up wondering what in the hell was going on outside – I thought it was the siren from a cop car. Turns out, the battery was fully charged and the blue light was blinking brightly enough for me to see across two full rooms, around a corner, and down a hallway.

Still, the pros far outweigh the cons and if you find yourself going through batteries left and right, the InCharge system is a good pickup that’ll pay for itself over time.