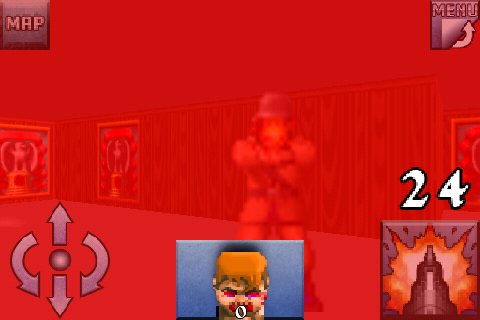 Wolfenstein 3D is one of the best games ever made. When I saw it in the app store I felt I had to buy it. After playing the game for 30 minutes, my purchase is justified. Solid controls, original visuals and sound — Nazis, here I come!

I have to admit that I had doubts about whether or not I could get used to the controls before I got annoyed by them. Fortunately you have a few options, as you can control the game by tilting the phone, using the on-screen buttons, or both. You can set the sensitivity of each axis and you can also select a HUD layout. 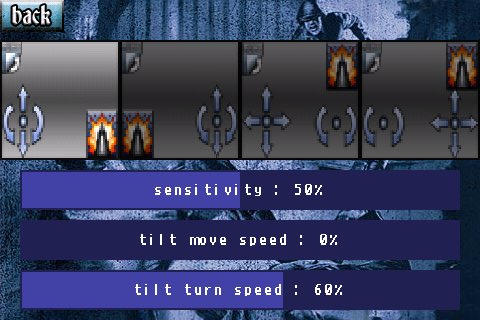 Visuals look the very same as in the orignal Wolfenstein, only they are a little more crisp. I guess the textures have a better resolution. I played with my headphones on and the sounds are great — original 8 bit, retro. The game features 6 episodes, each with 8 levels, a secret level, and a boss. This way you get 60 levels of pure Nazi hunting. Difficulty has four levels and when I tried to play on the “Bring ’em on!” level, I got nailed pretty quickly (I know I suck). Your progress is automatically saved as you play the game so you can resume it any time. There is a map button which brings up a screen where you can see your position and the layout of the level. You can zoom in with your fingers so you never get lost. 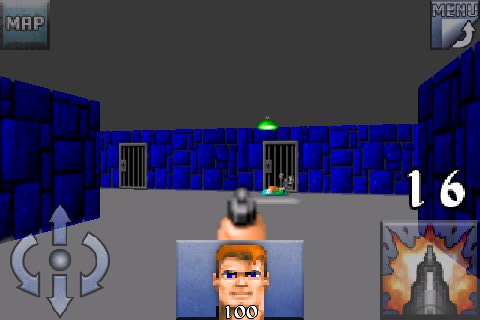