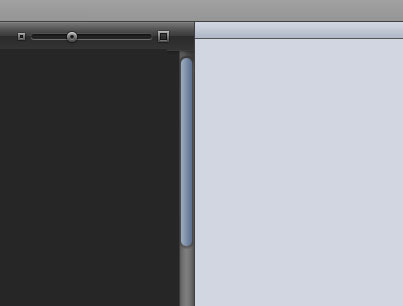 Apple may, just may, unveil Marble at this year’s WWDC, which may, just may, be in June. Marble is thought to be the code-name for a new user interface that may, just may, debut with Snow Leopard, the next version of Mac OS X.

Unlike Aqua, the name for the user interface that Apple has been phasing out for some time now—Panic’s Unison Usenet reader is a fine example of an Aqua interface—Marble is decidedly darker, and altogether more dull; it looks very “Windows” to me. (That’s pre Fisher Price Windows, mind you.) In fact, to get an idea of what Marble may, just may, look like, open iPhoto 09. The same color scheme and “feel,” to use a meaningless word, can be found there.

If, indeed, Apple hosts WWDC in June as expected, look for Snow Leopard, Mac OS X, 10.6, to be available within two months. So, just in time for back-to-school. Clever.

Maybe I’m in the minority, but I much prefer Aqua, what with its bright colors and shiny buttons, to this invasion of gray Apple has orchestrated. It’s like I’m playing Gears of War every time I use Safari (well, WebKit).