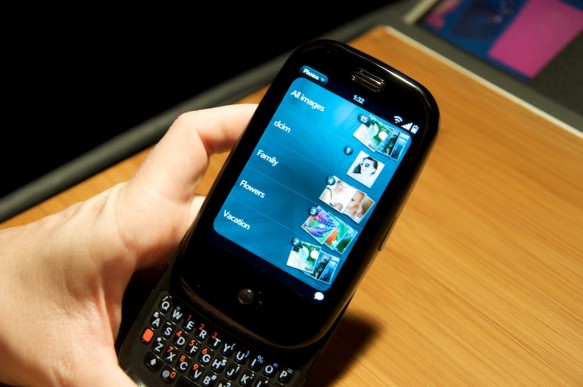 Here’s a fun hypothetical for your Sunday. Let’s say you’re Palm, and you’ve poured untold sums of money and time into developing the Pre; the early response has been positive. But when you launch the phone, hopefully still sometime before July, it completely and utterly bombs. For whatever reason—people unwilling to give up the iPhone, people unwilling to switch to Sprint—it just doesn’t do the numbers you expected it to, or needed it to. Then what do you do?

But let’s step back for a minute: is there any evidence to suggest that the Pre won’t do well? Hard to say. During CES in January, anyone even tangentially interested in gadgets and technology seemed to be mightily impressed. Dumb Peter Ha even went on G4 to say, yeah, the Palm Pre looks pretty darn good; Peter is a Charles Montgomery Burnsian cynic, it must be said. Developers seem to like its operating system, webOS. (It has a physical keyboard!) But let’s temper the enthusiasm.

First, and let’s make no mistake about this, Palm really needs the Pre to be a hit, with a Gartner analyst calling it a “bet-the-company product.” If it tanks—again, there’s no reason to assume it will tank—then Palm is in a bad way. The company just posted its seventh consecutive quarterly loss (to the tune of $94.7 million); revenue is down nearly $100 million from the previous quarter ($77.5 million vs. $171 million last quarter). Palm could use a hit right about now.

And then there’s Sprint, which has exclusive rights to the Pre through the end of the year. Sprint doesn’t have the best reputation of the big cellphone carriers here in the U.S., nor does it have a surplus of subscribers. It needs to convince people to switch from AT&T, Verzion and T-Mobile in order for the Pre to be a success. (Say what you will about Verizon’s lackluster phone selection, but I’ll be damned if you can find a better-sounding cellphone call in the northeast than with Verizon. Dream combo: the Pre on Verizon!) So we’re dealing with two wobbly companies that need each other to exceed expectations.

In the words of a famous radio host, good luck, bro.

And, for the record, lest someone accuse me of being a biased jerk, I want to see the Palm Pre succeed. My concern here is Sprint. I haven’t used a Sprint phone in ages, and I’m one of those weird people who still like their phones to make reasonably clear phone calls. If the Pre is good but Sprint stinks (which is my opinion of the iPhone/AT&T setup), then I may hold off. We’ll see.