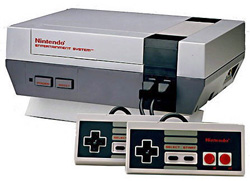 Here’s a simple question: has the recession negatively affected your gaming? That is, are you buying less games; renting more games in lieu of buying them; selling old titles to scrap up cash for new ones (or other items)? Because if you ask GameStop’s Bob McKenzie, who’s a senior vice president of merchandising, as VentureBeat did, he’d likely say “no.” Sales there haven’t plateaued or dropped off or anything, and plenty of folks are still buying new games (like Resident Evil 5) and pre-ordering things like the Nintendo DSi.

It’s shouldn’t be too surprising. Yes, people have less disposable income to throw at frivolous things, but that means they’re home all the time. And if you’re home all the time, what are you supposed to do, pass the time by talking to your family? Or reading? Hardly! So while you may be stuck home more often than you’d care to be, you’re certainly looking to be entertained, whether that’s by watching TV, movies, etc. or by playing Resident Evil 5 with your sibling or spouse (“come on, honey, you can be the girl!”). Entertainment dollars are still being spent, just differently.

Now, if it gets to the point that civilization as we know it crumbles around us, and all we’re left with is a Fallout 3-esque wasteland, then, yeah, you’d better be just as proficient with a real bow and arrow as you were with one in Turok. But we’re not there yet.

And for the record, no, the recession hasn’t negatively affected my gaming; in the last month I’ve bought Resident Evil 5 and Street Fighter IV, and those are two of the only recently released games I would have bought even if we were all swimming in money.