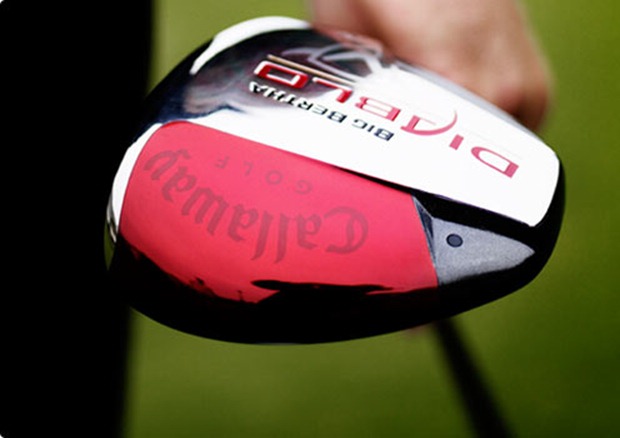 I’ve been playing golf off and on for about 20 years now and as a mid-handicapper, I’m prone to shooting in the low nineties thanks, in large part, to inconsistent tee shots. It’s no surprise that hitting your second shot from the middle of the fairway is a lot easier than hitting it from underneath a tree that’s located behind several other trees. And so we dance.

I took the train from Boston to New York in early February to test out Callaway’s new Diablo driver – a golf club based on the simple idea that a LOT of golfers tend to slice the ball off the tee, and that a simple way to correct that would be to slant the club’s face ever so slightly to the left – one degree, to be exact — in order to compensate. So does it work?

While learning golf as a kid, I was taught to swing easy. Then as a teenager, I found swinging the club as hard as I possibly could to be much more enjoyable, even if it meant shanking most of my tee shots three fairways to the right. As an adult, I’ve realigned my constitution with the “swing easy” mantra, as I no longer enjoy losing money to friends and spending 15 minutes in the woods on each hole.

The problem with the Diablo – the wonderful, magical problem – is that you can basically go back to your swing-as-hard-as-you-can days and the ball still goes straight. With my regular driver, I swing easy and, if it goes straight, it’ll go about 250 yards. With the Diablo, I was swinging as hard as I could, it went straight every time, and once I got warmed up I was hitting the ball 275 yards in the air, plus however far it would have rolled after it landed.

Granted, this was all done at an indoor range with no weather or wind but the results were still encouraging. I’ll have to take the club out on a real course once the weather starts warming up, but if you’re a mid-handicapper and you have a tendency to slice your drives you may want to at least test out the Diablo at your local course or sporting goods store to see if it straightens out your swing.

The driver has an MSRP of $299 and comes in “neutral” or “draw” setups – I hit the 9-degree draw version. If you hit the ball straight off the tee, you could go with the neutral but you’d probably be better off hitting whichever club you’re using now. Correcting the slice is the big idea here, so the extra one degree that the draw version turns the clubhead inward allows you to swing the Diablo naturally without resorting to turning your wrists, locking your front knee, or any of the other hundreds of tricks people have tried over the years.

The club itself features an all-titanium head and is pretty standard-sized – not one of those gigantic, oversized drivers that most people are playing nowadays. The way the Diablo’s clubhead fits together allows it to be super thin while at the same time making pretty much the entire face the sweet spot, which also helps for hitting the ball straight.

All in all, I’m impressed with the Diablo (if you couldn’t tell). I’ll have to try it out on an actual course, but things are looking good so far.