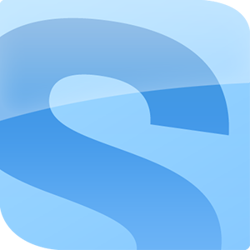 Streamy, a real-time news reading and sharing site and social activity aggregator, has launched the public beta of its platform. We wrote about Streamy at the launch of the site’s private beta in 2007. As we wrote back then, Streamy is a personalized news service and social network that combines elements of Google Reader with FriendFeed.

Like Google Reader and FriendFeed, Streamy lets you follow news, blogs, Digg, and import RSS subscriptions from your Google Reader account and then share them with your friends. The interface is fairly innovative, allowing users to create widgets for searches, easily organizing different searches on various platforms. You can also drag and drop anything on the page, thereby creating shortcuts to blogs and sites. Like before, Streamy has a nifty feature that provides news and blog recommendations for you based on your behavior on your Streamy site. Streamy takes into account the types of news feeds you subscribe to, what you are commenting on, and what your friends are reading. Similar to Google Reader’s new feature, FriendFeed, and Facebook, Streamy also gives you the ability to comment on news items that have been shared by friends.

Streamy also has a couple of social networking features added to the mix. Like FriendFeed, you can integrate tweets from people you are following on Twitter and status updates from friends on Facebook. The site allows you to share stories from your site with friends across other social networks, including Facebook, Twitter, Last.Fm, and FriendFeed and through Streamy’s on-site chat feature. Unfortunately, the Facebook Connect feature has not been implemented yet and will be rolled out in the near future. The chat feature is pretty innovative but it also hasn’t been implemented fully yet. Co-founder Don Mosites says that the chat feature will eventually integrate Gmail’s GChat and AOL’s AIM only. Mosites says Streamy isn’t trying to create a whole new social network, but is trying to build off of other social network platforms, and is encouraging users to sign in using Facebook Connect.

Streamy’s missing some key functionality at this point, which makes me wonder why the launch wasn’t postponed until key features like Facebook Connect, are live and running. Especially given the fact that the private beta launch took place close to two years ago. But Streamy has an interesting concept when it comes to the ability to recommend news and blog sites for users and offering the chat feature. Regardless, FriendFeed seems to have mastered combining the social activity aggregation with importing RSS feeds. And FriendFeed lets you import your contacts with almost every social service with an API or RSS. It’s hard to beat that.

Here’s a video on how to use Streamy: