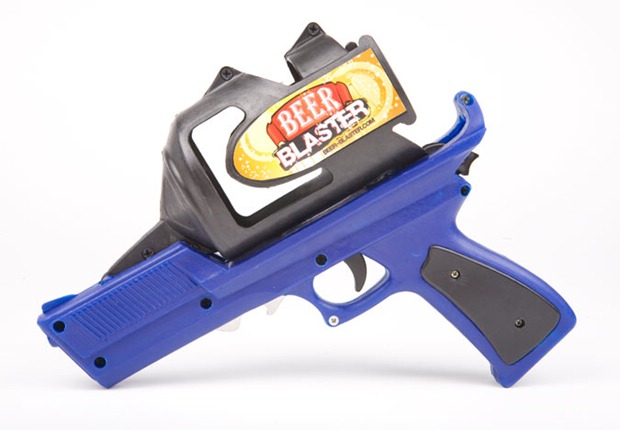 The Beer Blaster isn’t NEW new, per se, but keep it on your radar as we prepare to enter the first days of outdoor drinking season – spring, summer, and fall. The kit consists of a gun that allows you to shotgun a beer to someone else, if that makes sense, and you’d be remiss to wander about your neighborhood barbecues without the additional holster and ammo belt.

I’m a bit torn, as I love beer but I do NOT love foamy, shaken-up beer being squirted through plastic tubing. The idea of the Beer Blaster, though, is hard to resist. Perhaps I could drink a few beers normally and use the Beer Blaster sparingly. Or maybe I could always drink beer normally and shoot beer at everyone else. 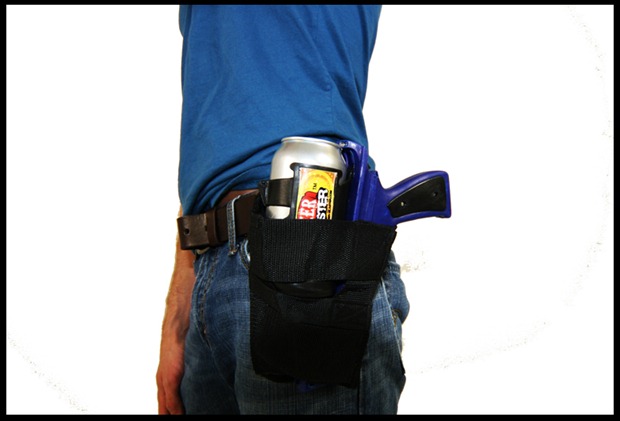 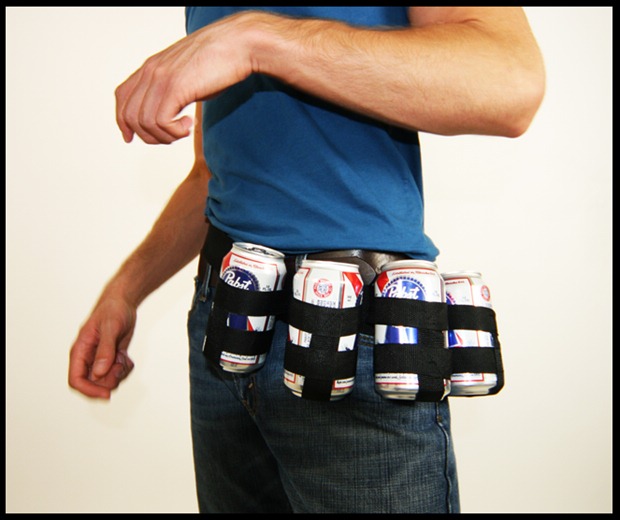 Here’s a video if you’re still on the fence: