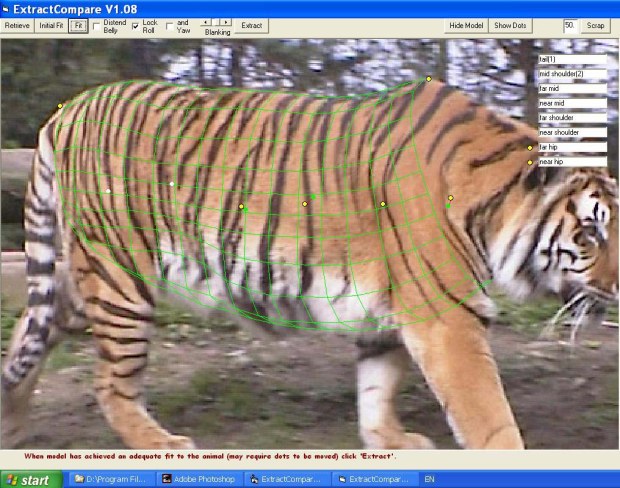 How cool is this? Wildlife researchers often set up hidden cameras, activated by motion, to catch animals like tigers cruising around the jungle. This software by the Wildlife Conservation Society looks at captured footage of tigers (or other animals with other programs) and analyzes it to produce a mesh which is unique to every individual tiger. It can then sort or analyze the footage according to which tiger was doing what and when. I know it’s not going to built a better airplane or make our lives any easier, but seeing technology applied like this is always exciting to me.

It’s a pretty cool-looking program (science apps usually aren’t), although the web page is seriously mid-90s. If you like the idea of tiger candid camera, you should check out the show Tiger: Spy in the Jungle. Camera elephants and surveillance logs.