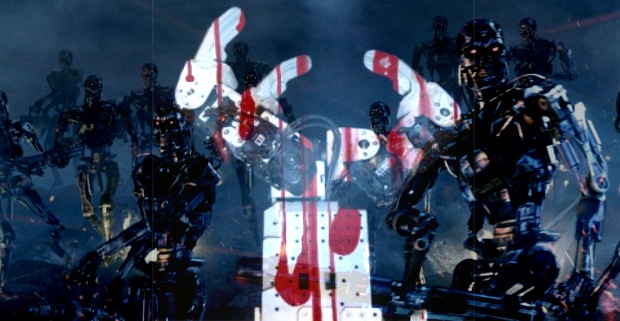 Although you and I don’t enjoy the benefits of pleasure droids and personal guard robots at this time, that doesn’t mean they aren’t deploying them in backwater armed conflicts to test their viability. The robot wars are bearing down upon us like a murderous cybernetic freight train, and we’d do best to acknowledge it and prepare for the consequences. Or at least so says P.W. Singer, whose book Wired for War predicts an explosion in military robotics much like the boom in internet and computer tech in the 90s.

In this interesting interview, Singer talks about what he feels is an upcoming exponential increase in both the level of sophistication and number of robots in warfare. After all, we’ve already got the well-known Predator UAV, but we also have supercomputers watching over our nukes, sinister-looking microcopters (manhack anyone?), remote control tankbots, and of course BigDog. In fact, we already have people arguing for a robot code, so Singer isn’t alone in his conviction.

We here at CrunchGear like to keep a close eye on the approaching machine takeover, so I gather all stories like this under our helpful Robocalypse tag. Thanks for reading, and keep those armor-piercing rounds handy!