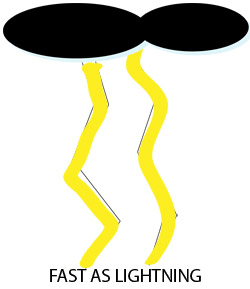 So says Bits, at least, which has a little THE STATE OF BROADBAND series going on. First up: why is broadband so much faster in, say, South Korea and Japan than it is here in the U.S., formerly the most advanced country in the world?

We already know some of the reasons: many of these countries have insane population densities, which make it easier for telecommunication companies to wire up tons of people at a time, all within a small geographic area. How much sense does it may for AT&T’s bottom line to wire your single house that’s in the middle of nowhere in Wyoming?

But, as Bits cautions, red-blooded Americans shouldn’t be too upset, since speeds here are getting faster. Things like Verizon’s FiOS, which, as we all know, is a fiber to the home scheme, should satiate your broadband appetite. Then there’s AT&T’s U-Verse. So, it’s not like Americans will be screwed out of a proper broadband experience for much longer!

I don’t even know what I’d do with something like FiOS. I’d be on hdbits all day long, limited only by my hard drive storage.