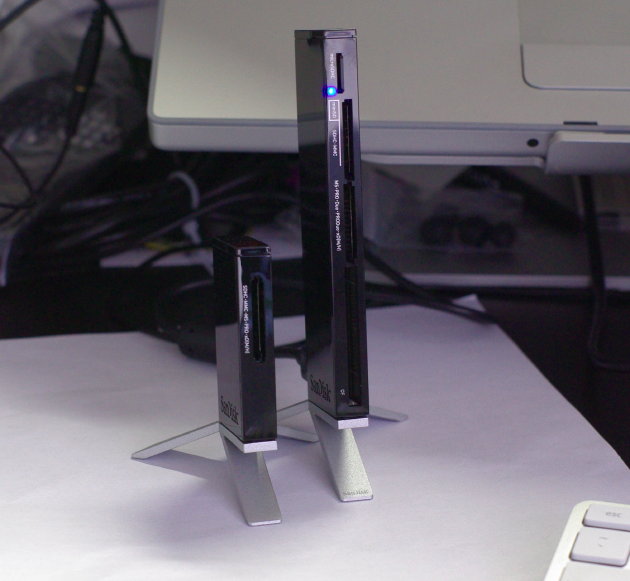 It’s supposed to open images up in Photoshop or upload to Flickr, but the transfer button app itself sucks something fierce. It doesn’t allow you to customize which application or website to dump images into and the image that’s opened/loaded is user defined. You can’t load more than one at a time. The image I choose uploads lightning fast in Preview.app, but I don’t want it to open up in Preview.app. Maybe it’s a Mac thing, but so far this feature is a total sham. I’ll be testing it on a Windows machine in a bit. 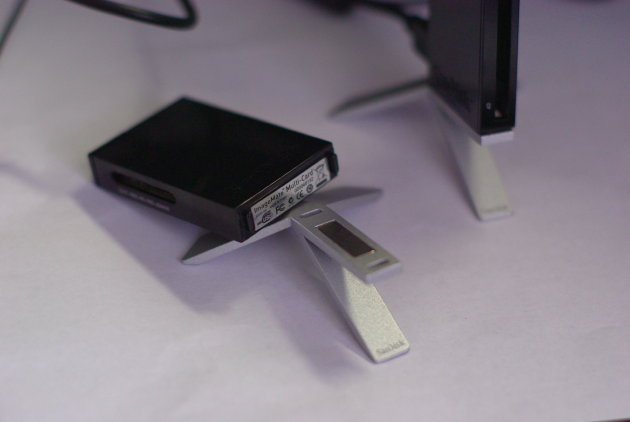 On the flipside, these ImageMate readers look great. The USB-powered readers sit atop metal stands and are held secure by magnets. You have to be rather gentle when the reader is placed on top of the stands, though. The magnets aren’t that strong, so the reader could easily be knocked off its perch. The transfer button is inconspicuously placed on the top corner of each reader by the card slots, which is nice but only the back half of the button works. The front half of the transfer button doesn’t move.

All in all, they’re still card readers and in that capacity they work fine. I’ll have to tinker with the transfer button settings and test speeds in the coming days with a full review sometime in the near future.