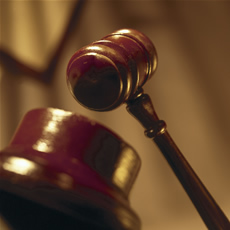 Last month I wrote about a lawsuit filed by major record label EMI against Seeqpod, the questionably-legal free streaming music site. The suit isn’t Seeqpod’s first (Warner sued them last year), but it is notable for taking the music industry’s war against the web to a new low. Beyond naming a number of Seeqpod executives as part of the suit, EMI also decided to sue a hapless third party developer named Ryan Sit, who happened to use the Seeqpod API in one of his projects. Now Sit is being forced to shut down one of his projects – a lifestreaming service dubbed Swurl that launched last summer.

I’ll leave the legality of Seeqpod for the courts to decide (the site doesn’t actually host any music files – it finds them scattered on pages across the web and streams them into its media player). But as I wrote last month, its case against Ryan Sit is ridiculous. Sit is a prolific developer who uses many APIs from different web services, and used Seeqpod’s API just as dozens of similar sites have before him. Suing him sets a precedent that could make developers wary of using any API, for fear that the service they’re tapping into could be doing something potentially illegal.

Swurl allowed users to generate their own personal blogs using data imported from other web-based services. Sit acknowledges that the site, which he cofounded with Jonathan Neddenriep, didn’t receive as much traction as they’d hoped. But the more immediate reason for the shutdown is the lawsuit. Pet projects tend to become less fun when you’ve got a rabid team of lawyers gunning for you.

Here’s the notice that now greets users on Swurl:

We built Swurl as two guys doing something we love in our spare time.
Unfortunately, due to the pressures of our day jobs and other
distractions, we can no longer support or maintain the service at the
level that we think our users deserve.

Building Swurl has been a great experience for us. We want to thank
all of the folks that used Swurl as a way to document their lives
online and share with their friends and families. Thanks a bunch to
those users that gave us lots of valuable feedback and encouragement.

Ryan & Jonathan
PS You can also check out our other work at: http://picclick.com
http://www.optinnow.org