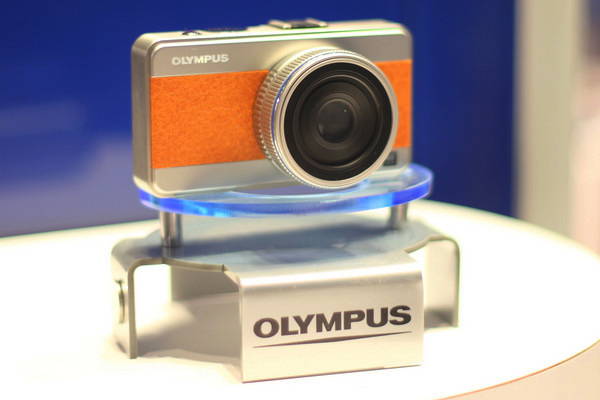 If there is one thing for sure, it’s that this Olympus camera concept has captured the hearts of geeks every way. Hopefully when Olympus’ Micro Four Thirds finally drop, there will be one model just like this retro mock-up. The only thing is that there are conflicting reports about when the camera is actually due.

CNET is reporting that the first model should launch sometime this summer which seems about right. The camera format was previewed last year and so a summer 2009 launch would kind of make sense. A few years ago when the world was in a downward economic spiral, the timetable might be a tad shorter, but times are rough these days.

But Photography Bay, who is generally a great source for photography news, is stating something a bit different,

Yet another (or the same one actually) mockup of an Olympus Micro Four Thirds camera was behind glass at PMA. When asked about the fictional camera, Olympus personnel respond, in a rather mundane chant, that they don’t know anything other than there should be more from Olympus this Summer.

Hopefully, we will eventually see the camera cause it sure has our attention with its small size, interchangeable lens and a price that is surely less thousands than the other retro-looking digicam: the Leica M8.2.