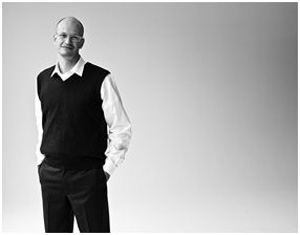 What this economy needs to get out of its rut is more startups. Adeo Ressi, the founder of VC-rating site TheFunded, wants to do his part to help jump start the economy with fresh ideas and leaders. He is planning to roll out a start-up incubator, TheFunded Founder Institute (the site isn’t live yet), to groom young founders into CEOs. The Institute will play in the same entrepreneurial waters as Y Combinator, TechStars, SeedCamp, and LaunchBox Digital.

Ressi’s new venture is a semester-based startup camp for very, very early-stage entrepreneurs and students who have basic ideas for potential startups but have not yet founded a company. The classes will be limited to 150 students and will be a part-time commitment, allowing professionals the ability to hold their jobs (other incubators require entrepreneurs to relocate and take time off from work to attend programs). The students will be worked through an aggressive training schedule, where they will have access to lawyers, CEOs, and investors throughout a four month period. By the end of the semester, all the students will be required to have an incorporated company with a prototype and potential investors. With access to a wealth of CEOs and investors through theFunded, Ressi plans to provide students with a wide array of contacts in the tech industry.

Ressi’s says that what differentiates his incubator from others is that he won’t take any initial investment stake in the startups that are launched under his program. Instead, he plans to take out “warrants” on start-ups, where there is a mutual agreement that the incubator can choose to invest in the startup at fair market value, as determined by a network of investors within the four month window of the program. Once the startup enters its first funding round, the incubator will be able to exercise the warrant. This differs from Y Combinator, a well-known incubator which has nurtured and produced innovative startups including Reddit, Loopt, Justin.tv, Xobni, Disqus, and Scribd. Y Combinator gives startups a base sum of $5,000 as well as $5,000 per founder in return for a 2 to 10 percent ownership stake in the company. The benefit of this is two-fold; the startup gets money from the get-go and Y Combinator’s investment adds legitimacy to the startup when it looks for investors down the line.

Ressi also says that the Founder Institute’s model will focus on recruiting only early-stage entrepreneurs who have not previously founded a company. “We’re searching for more unusual, unique founders from a variety of industries who can be groomed into successful founders,” he explains. The institute is focusing more on the quality of a potential entrepreneur than on the potential of the initial idea for the startup.

The inaugural class begins in late Spring and Ressi will start soliciting applications online in the near future. At the moment, Ressi is putting together the curriculum of the program (which can be found here, but he warns that the site is not ready and may crash). While the Institute will be based in the VC hub of Silicon Valley and will take place twice a year, all of the curriculum will be available online to the mass public.

The Founder Institute is a novel model somewhere between a crash-course in executive education and a proper incubator. It will focus more on investment in the founder and less on the idea. Y Combinator’s idea-focused model has been proven to be a valuable springboard for startups as well, both in terms of incubating viable startups and finding investors for those ideas. In the current recession, we can use all the new CEOs and startups we can get.

Thanks to Scott Scheper for the tip.