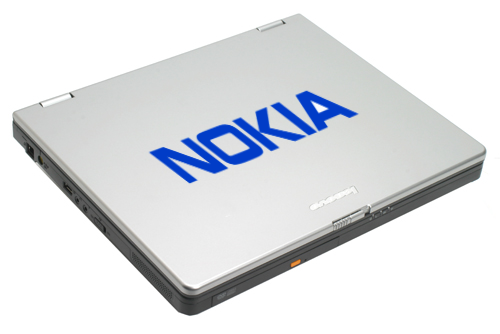 Earlier this morning on Finland’s YLE (think BBC, but Finnish), Nokia CEO Olli-Pekka Kallasvuo was asked if the company had plans to expand into the laptop market. Sure enough, his response:

“We are looking very actively also at this opportunity.”

Yeah. Weird, right? Nokia, making laptops? It seemed strange to us at first, too. Then we thought about it a bit more – and it kind of made sense.

First, we recalled our trip to the Nokia Damage Testing Labs, where Nokia smashes, scratches, freezes, and drops every piece of hardware that they produce. Beyond a handful of manufacturers that take tremendous pride in their products, the laptop market is filled with poorly made garbage. If Nokia put the same amount of effort into stress testing a laptop that they did their phones, we’d definitely consider picking one up. We’d have to take another trip to their smash labs to watch them hit things with big sticks again, of course – you know, for the sake of science and stuff.

Then we thought a bit about their upcoming products, one of the most notable of which is the N97 – which is about as close to a laptop as a mobile phone gets. Make it a bit bigger, flesh out the OS a bit, and you’ve got a laptop. Well, you’ve got a netbook – and that’s exactly where we think Nokia might be going with this. This is purely conjecture, but we wouldn’t be the least bit surprised to see Nokia throw down a netbook with a Symbian Foundation-made (or Maemo) OS running on top sometime in the next year or two. We’ll just have to keep an ear to the ground for now.