German custom apparel company Spreadshirt has secured €10 million in funding from Kennet Partners and returning investor Accel Partners, which led an undisclosed round of Series A funding for the company back in 2006. Spreadshirt, which competes internationally with companies like CafePress and Zazzle, was founded in 2002 by graduate student Lukasz Gadowski (currently still acting as Chairman of the company) and has become one of the most significant players in the field of personalization and online ordering of custom goods and clothing over the years.

The company also lets private individuals and commercial organizations set up their own online merchandising outlets as resellers of the Spreadshirt service.

Spreadshirt says the financing will be used to develop its online platform and its push into the North American market, where its two main competitors, venture-backed CafePress (Foster City, CA) and Zazzle (Redwood City, CA) are based.

According to a January company blog post, 1 million t-shirts were sold in 2008 via Spreadshirt. They’re also open about the missed growth estimates put forward at the end of 2007: growth was at 40% for the year instead of the aimed-for 50-80%. As a result, the company was recently forced to do a round of lay-offs and reorganize some of its departments. 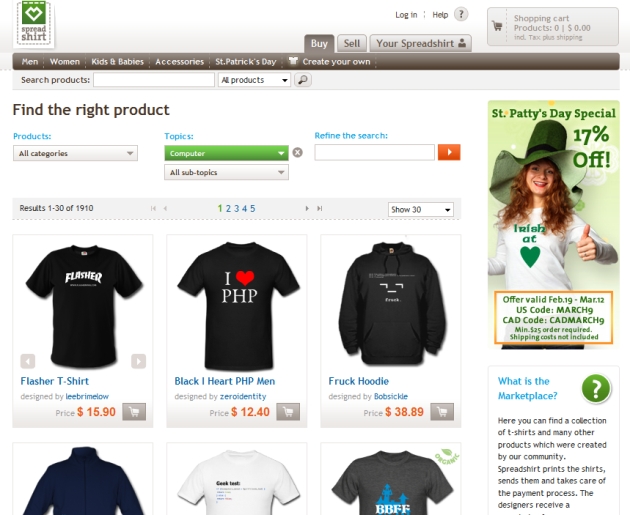