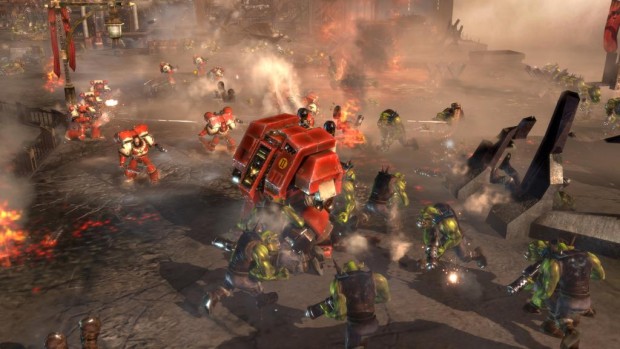 We’re not going to make a habit of announcing every game that comes out, but we saw this back at E3 and Peter was really impressed. I think I was too busy playing Red Faction II, but I’ve been checking the reviews for this RPG-infused RTS, and it looks pretty awesome. Like Peter I’m not a big player of RTS games but this one has piqued my interest. Head over to your local game store to grab it, or save some gas and buy it on Steam.

The big change from other RTSes is that instead of building this many of this guy and that many of that guy after setting up a base, you have a set number of dudes throughout the game who you can upgrade with items and abilities that they keep forever. It sounds more like a tactical strategy RPG than an RTS, really.

Hey, they built a tank, the least you can do is buy their awesome game.