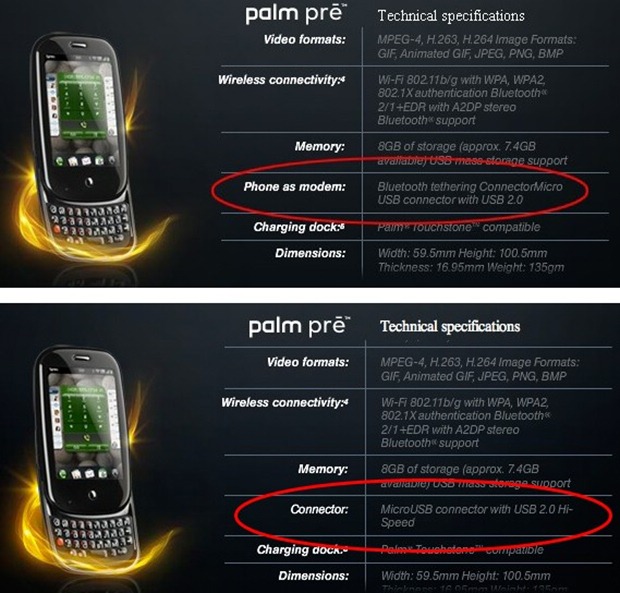 Perhaps we shouldn’t read too far into this, but here’s what happened. The technical specifications on Sprint.com for the Palm Pre used to list “Phone as modem” with Bluetooth and USB tethering as a feature. Now, however, that feature is gone. You’ll recall that earlier this week, Sprint announced its Simply Everything Plan + Mobile Broadband for $150 per month.

Hopefully the recent plan announcement and the supposed removal of the tethering feature isn’t a coincidence. If people had been thinking they could get a Pre for, say, $99 per month for voice, data, and tethering only to be saddled into shelling out an extra $50 per month just to tether, that’d be a big problem for Sprint. The company needs to make up for the 1.3 million subscribers it just lost. I’m no Dan Hesse, but touting built-in tethering as a feature of the Pre and then removing it might not be a great way to do attract customers.