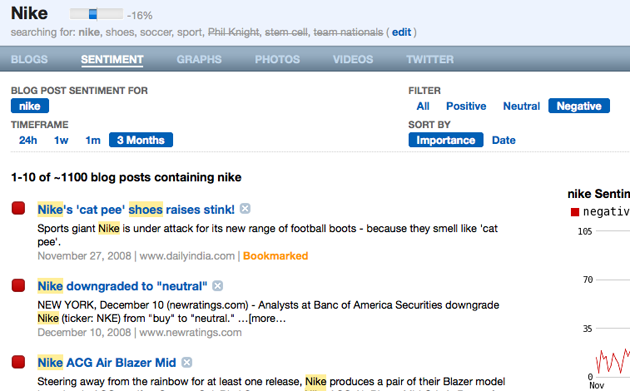 The internet is full of all sorts of chatter. And some of that chatter might actually be about your brand. Wouldn’t you like to filter out the noise and hear what people are saying about it?

Enter Scout Labs, a SaaS dashboard that makes it easy to keep track of what people across the internet are saying about particular topics. The product, which we first reviewed in December 2007 while still in private beta, is now generally available.

CEO Jenny Zeszut says that most companies start off using Scout Labs – and similar products by competitors – to cover their asses, basically by discovering when bloggers and the Twitterati are complaining about their brands. But Zeszut says that over time companies tend to get more involved with the data that Scout Labs collects, reading through blog posts and studying the data to see just what can be learned from customers.

There are six main sections to the Scout Labs dashboard: Blogs, Sentiment, Graphs, Photos, Videos, and Twitter. The first displays all of the blog posts that have been indexed by Scout Labs related to a particular keyword or phrase. The Sentiment section breaks these blog posts down into positive, neutral and negative categories. Just which category Scout Labs puts a particular post into is determined by an algorithm, but you can always change a designation manually and this manual intervention actually improves the algorithm for going forward.

In the other sections, photos, videos and tweets related to your brand are collected for display as well. It’s understandable that Scout Labs doesn’t determine the sentiment for photos and videos, but it would be nice if you could filter tweets by those that are saying nice things about your brand and those that are saying not-so-nice things. Right now, it’s basically a replication of the functionality you’d get from Twitter’s own search engine.

The Scout Labs dashboard is designed for use by teams of brand managers. When you sign up for the service, you’re allowed to invite an unlimited number of colleagues into your workspace. But you’ll have to pony up more for every additional workspace you add. Each workspace costs $250 and lets you monitor 25 concurrent “searches” (aka keywords or phrases). As you buy more workspaces, the price of each incremental workspace does go down.

Zeszut says that 300 companies already use Scout Labs with 2,000 more on the waitlist. Starting today, all of those waiting (and more) will now have access to the entire dashboard. 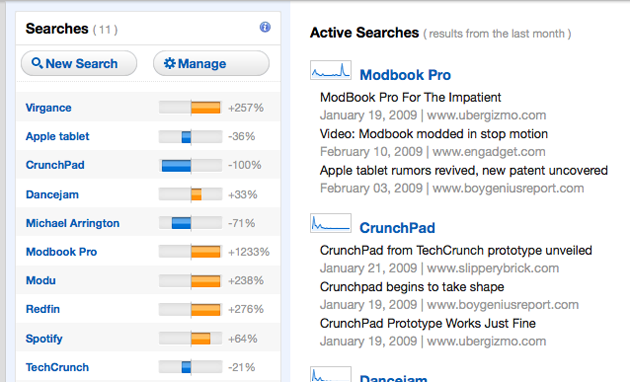