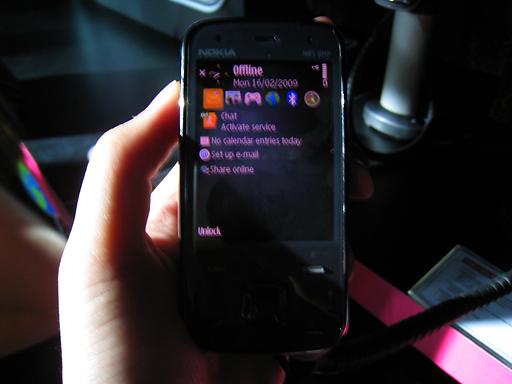 BAM! We had just hit the publish button detailing the N86’s early debut in some press materials when this little gem hit our tips line. Apparently, the 8-megapixel N86 did debut today – just not at Mobile World Congress, and with barely any fanfare.

Instead of debuting with its friends in Barcelona, the N86 made its first appearance at Showcase Nokia 2009 in Singapore. As we guessed in our first post, the N86 is indeed a slider – a dual-slider, in fact. As we probably could have picked up from the model number, it looks to be a revamp of the N85 – same dual-slide design, polished up with the rounded edges that have become common in Nokia’s line since the N85 debuted last year.

[Via The Nokia Blog]