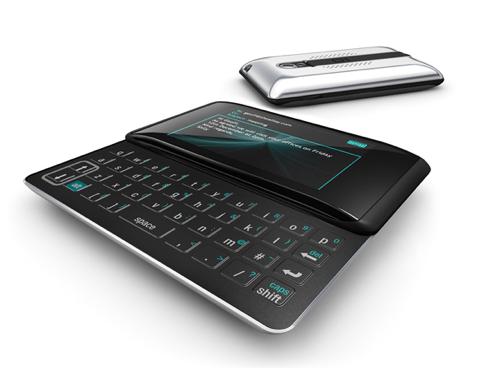 Wading through miles of devices gives tech journalists a unique outlook on what exactly everybody’s doing wrong, but it’s not always possible to take all that and turn it around into something that’s exactly right. TechCrunch is working on a simple, cheap tablet PC (with some success) because there’s nothing that fills that role right now. T3 felt the same way about mobiles, and has decided to design a phone — and maybe actually get it made.

It’s called the 01, and I’d say the closest thing off the top of my head is probably an N97. It’s got a big touchscreen and no hard buttons on the top, and a full QWERTY keyboard that’s actually a display, not unlike the Optimus Maximus. The 8-megapixel camera seems a bit much, but I’m a sensor snob. They’ve been taking reader input for a while and letting design team The Alloy do the heavy lifting — now they’re hoping to get the sucker made. Of course, that’s the hard part, isn’t it? It’s easy enough to say “rubber overlay” for the keyboard, but what about the mechanical action, how will the light pass through, what kind of rubber is it… there are hundreds of these questions that will need to be addressed. And an entire population of readers is a risky committee to be making design decisions.

Still, they’ve done a lot of work on it so far, and it looks cool, which is more than I can say for a lot of concept phones. At the very least they might prove or disprove the workability of a featureset like this.