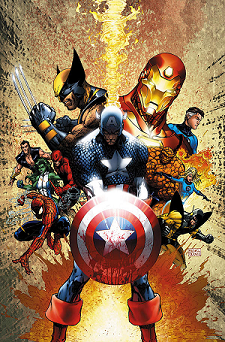 Marvel announced last week at ComicCon that they are going to be creating “In-Motion” comics for the iTunes store. According to Marvel, this will allow them to integrate panels with motion with the more traditional static image format.

This is very similar to what they tried a few years ago, as I recall. Didn’t they attempt some sort of desktop solution for this?