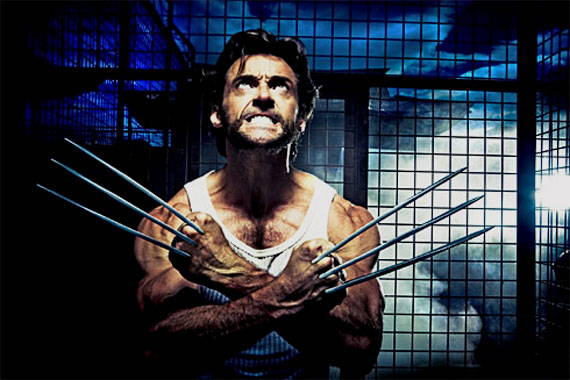 After The Matrix and Lord of the Rings, X-Men is the must-have nerd trilogy of the decade and it’s finally going to be available on Blu-ray. Amazon is already taking pre-orders for the April 21, 2009 release if you feel ready to fork over your $55.99. ($79.99 MSRP) But come-on, you know you are going to have this trilogy sitting proudly next your hand assembled X-Men models anyway so go ahead and pre-order it already.

THE EVOLUTION CONTINUES IN HIGH – DEF

For The First Time All Three Action-Packed, Super-Powered Adventures

CENTURY CITY, Calif. – One of the most critically-acclaimed comic book franchises of all time claws its way onto Blu-ray Disc (BD) when the X-Men Trilogy arrives April 21st in North America from Twentieth Century Fox Home Entertainment. Directed by Bryan Singer (The Usual Suspects, Valkyrie) and Brett Ratner (Rush Hour, Red Dragon), the X-Men saga – X-Men, X2: X-Men United and X3: The Last Stand – chronicles the ongoing battle between humans and mutants and their attempt to coexist, from their humble beginnings at Xavier’s School For The Gifted to the ultimate showdown against those that wish to “cure” them. Professor Charles Xavier (Patrick Stewart; “American Dad,” “Star Trek: The Next Generation”) must lead the well-known mutant heroes Wolverine (Hugh Jackman; Australia), Storm (Halle Berry; Monster’s Ball) Cyclops (James Marsden; 27 Dresses) and Rogue (Anna Paquin; The Piano) to fight against evil villains and use their powers for the good of mankind.

In a studio first, the discs include a BD Live feature that will allow fans to purchase advance tickets and gain access to exciting never-before-scene footage to the highly anticipated upcoming film X-Men Origins: Wolverine debuting in theatres May 1st. Boasting superior picture and sound quality for the ultimate viewing experience, the X-Men Trilogy set is loaded with deleted and extended scenes, cast and crew commentary, making-of featurettes and much more. The set also includes movie cash towards the new theatrical release as well as the studio’s upcoming blockbusters Ice Age: Dawn of the Dinosaurs and Night at the Museum: Escape from the Smithsonian.