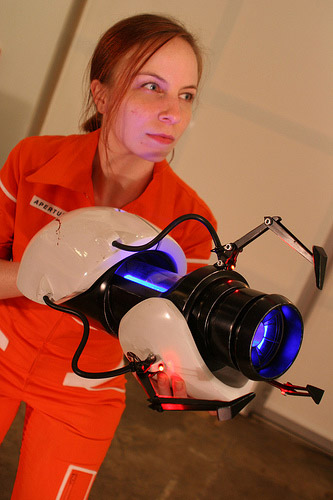 The New York Comic Con is this weekend, and while my initial plan to show up dressed as Tifa fell through—you have no idea how hard it is to find pants that match hers!—this Portal gun replica could make a fine Plan B. But then I’d also have to show up dressed as an Asian women (the main character from Portal is an Asian woman, right, or did I totally make that up?), so we’re back to square one.

The gun was created by one of those fancy art students, Harrison Krix, for his cosplaying girlfriend, Emily. 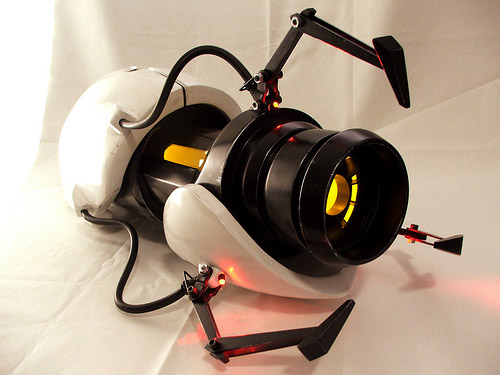 GameDaily says Valve was so impressed with the gun that it may well commission another one for its own trophy cabinet. 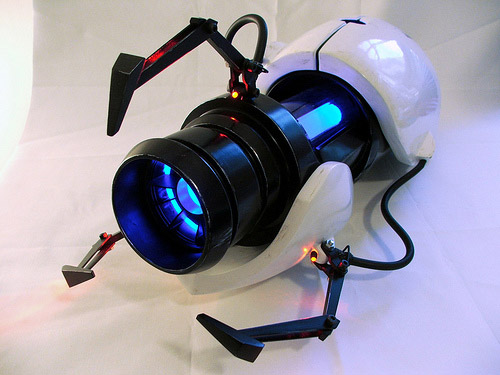 Oh, also! If you want such a gun, you the guy has his own weblog, here. My guess is that it costs $800 million per replica, but I could be just slightly off.