They go on to say that:

“iPhone owners accounted for 14 percent of mobile game downloaders in November, with 32.4 percent of all iPhone users reporting they downloaded a game in the month, compared with a market average of 3.8 percent.”

That’s a lot of numbers and percentages, but what do they mean? Well, basically they mean that the trend for downloading mobile games is increasing and that the iPhone users downloaded more games than the average mobile user during the sample month.

It makes sense, considering that the iPhone (and its cousin the iPod Touch) benefit from a new paradigm in motion control for mobile gaming but also, and as importantly, from a new, built-in, revenue and distribution model otherwise known as the App Store. Hey, when it’s easy for developers to monetize, they build. And when it’s easy for consumers to spend, they consume. Everybody wins. Clearly, it’s working out.

Just look to the 2009 Independent Games Festival Mobile Finalists for one view of the state of things: 12 of 17 finalists were games built for iPhone/iPod Touch. It is definitely a compelling platform.

So, while gaming is surely propelling the number of downloads from Apple’s App Store, general trends for consumption of mobile content are increasing anyway, especially within the context of social networks. If you take a look at the chart below, referencing another study by comScore called the Mobile Benchmark Study, you will notice that the numbers are up in almost all mobile categories, but especially in “social networking access” as well as the already mentioned “application download” category, indicating there is a real desire for this kind of content and communicative tools. The App Store may actually be meeting two needs here: not only do they have the fulfillment mechanism in place to deliver, but they also have some of the most desirable apps too—social apps like Facebook for iPhone. 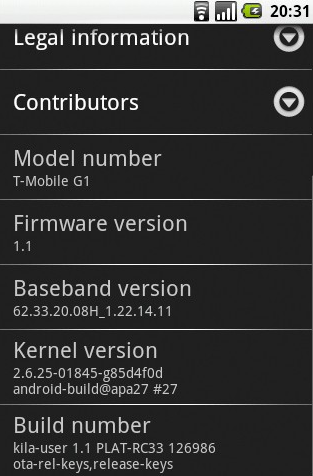 As one of those 1.64 million, I can attest that I access the site more frequently from a mobile app than I do from the web—practically all day long, in sessions lasting as little as a few seconds. Why? First of all, it’s super-convenient.  Secondly, it’s way harder and weirder to take a laptop into the bathroom at work. Thirdly, what else am I going to do during the endless sea of meetings punctuating my days? I just open Facebook on my iPhone and pretend like I am checking an important email. Just kidding… kinda.

With numbers like that, Facebook for iPhone is a great example of how far the Apple system can go. But this is not to say that the App Store concept is “the only way” or is solely responsible for a revolution of mobile content. It’s playing its part and possibly leading right now.

But when you stand back and imagine the larger pattern here—thinking of iTunes four years ago and the height it has taken, it’s easier to speculate on the promise of the App Store and the momentum it is gaining through increased use.