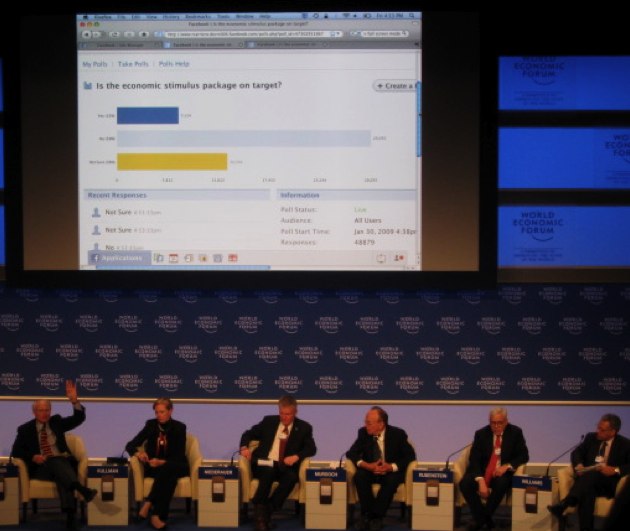 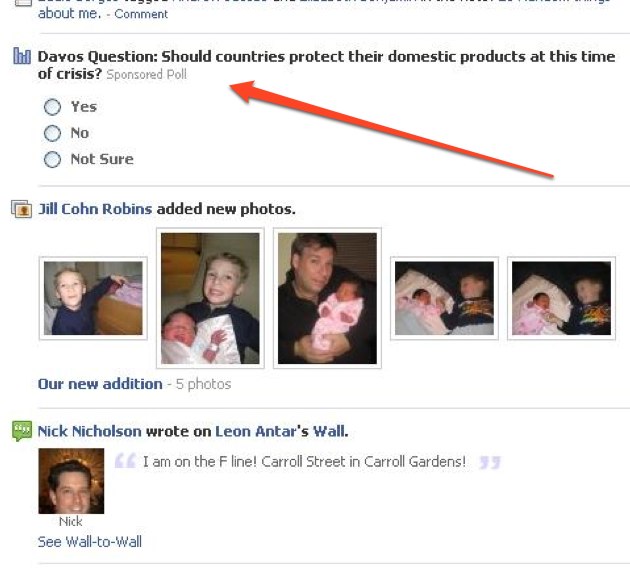 YouTube wasn’t the only Internet company making a splash at the World Economic Forum at Davos this last week. Facebook’s Randi Zuckerberg was busy bringing a dose of reality into the elite discussion sessions.

Zuckerberg arranged for Facebook polls to be conducted during twelve key sessions. In one poll, during a session called Advice to the US President on Competitiveness, Facebook users were asked if the stimulus package is on target. 120,000 responses were recorded in twenty minutes. 59% of respondents said “no,” 15% said “yes” and 26% said unsure.

World Economic Forum officials I spoke with yesterday were delighted with the polls, clearly excited that they could bring in direct, real time feedback to the sessions.

Facebook polls can no longer be created by users, but Facebook continues to use the product directly. Perhaps their experience at Davos will convince them to re-open the product.